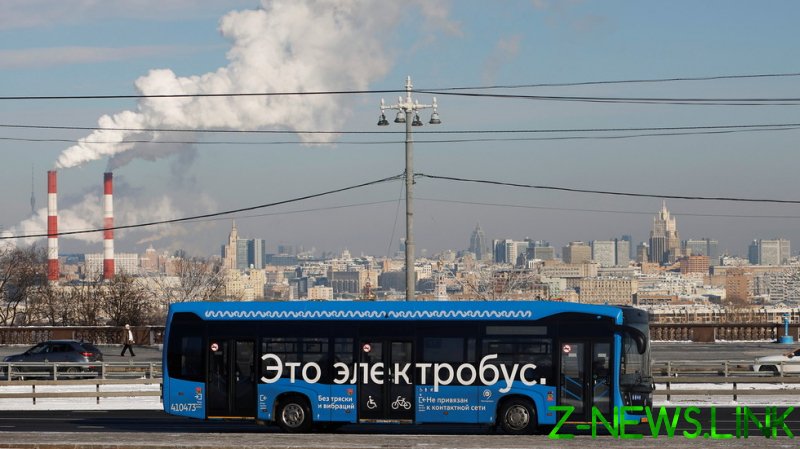 Russia is expected to start work on its EV infrastructure creation, starting in Moscow. The city plans to install 200 EV charging stations annually, until 600 are established by 2023, beginning in 2021.

The head of the city’s transport department, Maxim Liksutov, stated “There are around 2,000 (electric) cars in Moscow now and their number increases every year by about 10-15%. Charging infrastructure has to appear for it to grow more.”

Within the next decade, the city will also see its public transport shift to electric. Mosgortrans, the cities bus and tram network owner, intends to increase its electric bus fleet from 600 to 1000 by the end of the year, aiming for 2,000 electric buses to replace the existing petrol and diesel-fuelled fleet by 2024.

However, Russia is way behind the rest of Europe when it comes to EV, with just 11,000 electric cars registered across the country, compared to 1 million across the EU in 2019. But this figure is expected to increase in the coming years, with an anticipated 1,000 EV to be sold in Russia in 2021, expecting this figure to double annually in subsequent years.

This comes just weeks after reports that Russia has introduced a new state program, which will see an investment of $11 billion in the development of EV transport. This is around double the previously designated funding for the program.

Much of the funding for the program will come from the introduction of a tax on the sale of traditionally-fuelled cars as well as two new tariffs on the import of foreign electric vehicles.

Under the program, Russia expects to produce 3,000 in 2022, growing to produce 217,000 EV annually by 2030. At present Russia does not manufacture any electric cars, meaning there is significant potential to develop this part of the country’s strong automotive sector.

Russia’s automotive industry makes up a significant part of the country’s economy and employment, with over 600,000, or 1% of the workforce, employed in the sector. Russia continues to be the fifth-largest auto market in Europe with a production rate of 3.1 million vehicles each year. This puts it in a strong position to transition to EV manufacturing in the coming years.

Although late to the table, Russia could have a competitive edge on other European producers with cheaper EVs available for consumers. The anticipated Zero Emission Terra Transport Asset, or Zetta, is expected to cost just $6,100, making it cheaper than many alternatives and less than Germany’s EV subsidy scheme, theoretically giving consumers a free car.

Ruslan Edelgeriev, climate adviser to President Putin has stated, “Leading automakers, globally and in Russia, are announcing new electric vehicle lines. A lot of them plan to stop making internal combustion engine cars by 2030.” Further, “In the next 20-30 years everyone will transition to electric vehicles.”

Private companies are also buying into the EV craze as Russian engineering firm L-Charge has announced that it will be providing on-demand mobile charging for electric cars via an app, allowing EV owners to request a charge across Moscow. If successful, the company plans to expand to Paris, Berlin, New York, Amsterdam, and London. This could be the first of many private initiatives if Russia is successful in its EV manufacturing and uptake plans.

While Russia hasn’t been known for its innovation in EV, significant investment, the willingness to make the shift, and the country’s automotive manufacturing know-how and low costs could give it a competitive advantage as it catches up with the rest of Europe.