Russia is deliberately dragging out the conflict in the Donbas 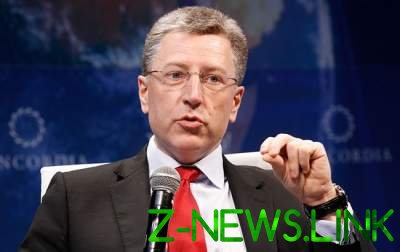 Moscow blocks the work of the monitoring missions.

Washington believes that Russia specifically prolonging the conflict in the Donbass. This opinion was expressed by the special representative of the United States Ukraine Kurt Volker.

Walker commented on a video monitoringovaja provided by the OSCE mission, which depicted several columns of trucks crossing the Russian-Ukrainian border in the Donbass. Where they passed, no checkpoints, argued the representatives of the organization. Entry was posted August 10.

See also:  Schoolchildren across Russia explain that going to meetings is impossible. Video

Walker on his page posted a video again and was accompanied by the caption: “This is another way in which Russia deliberately uses to prolong the conflict and maintain the clashes in the East of Ukraine.” Special envoy says that Moscow is blocking the work of the monitoring missions, as well as ignores all the efforts of the international community to establish peace in the Donbass.

See also:  In Britain consider a military solution to the conflict, Korea