Home / policy / Russia is creating a military base in Syria, a strategically important triangle

Russia is creating a military base in Syria, a strategically important triangle 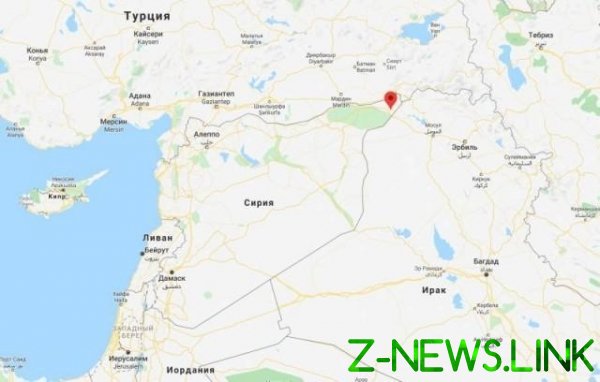 According to sources, the Russian military, despite “objections” and the resistance of local residents, managed to establish such a base in the village of Qasr al-DIB, in the vicinity of El-Maliki.

This area is full of oil fields, in addition, there is close focus and American military forces in the region to the East, between El Malikia and Deir-ez-Zor, towards the Iraqi border. This region, the us military considered its sphere of influence.

Kardasine website “Sade al-Akhbar” published a video in which is visible passing through the area, Russian patrol car.

As stated by the site, earthworks, which are also captured on this video, allegedly linked directly with the construction of a military base.

Thus, according to the website “Nursi-press” once there is information about the construction of Russian military fortifications for their bases in the region, it began to patrol American patrol cars.

To date, Moscow has not responded to these messages about the construction of a military base. However, no official reaction to this from the Syrian opposition, particularly the Democratic forces of Syria.

Thus, according to these reports and data is the following logic chain: the Russian military “invading” the sphere of influence of the U.S. military, engaged in the construction of a new military base, but information about it appears on the Pro-Kurdish news sites, which, in turn, support the presence of Americans.

It is worth while to note that in October last year are memoranda of understanding with the organization of the Democratic forces of Syria, if not on the construction of military facilities, at least on daily patrols in the North-East of Syria. Similarly, Turkey, previously having signed the agreement with Moscow after the military operation “the Sword of peace” to the East of the Euphrates river, carried out by military patrols, but on a somewhat smaller scale.

Spheres of influence in the region East of the Euphrates river immediately divided between four forces: the Democratic forces of Syria, which are also present in the region by the us military, Turkish military, who, after trying to hold in October last year a military operation “the Sword of peace”, received the area adjacent to the border zone, between the cities of RAS al-Ayn and tel Abyad, and the Russian military.

And, of course, we should not forget about the Syrian government forces engaged in military operations for the restoration of territorial integrity of the country.

Experts commenting on this information, I believe that Russia’s attempts to create in the region on Syrian territory, a military base have a goal to delineate and organize the sphere of influence of Moscow and Washington in Syria.

And the fact that the military base is being built directly surrounded by the American military,fortified settlements, and almost in the heart of the district, considered the sphere of influence of the Americans, and lack of visible resistance to these attempts, or at least some official comment from the United States, confirms the opinion of experts, the existence of certain secret agreements between the US and Russia on the division of spheres of influence in the oil rich area to the East of the Euphrates river.