Russia hid 100 thousand of the protocols for doping control 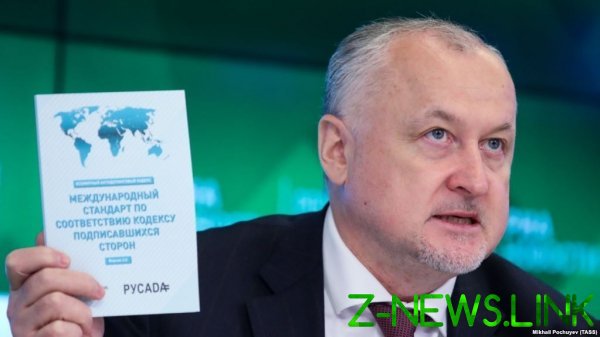 Russian anti-doping Agency (RUSADA) hid 100 thousand protocols, doping control from the international system of anti-doping administration management (ADAMS). This is stated in the letter of the Director General of RUSADA Yuri Hanusa to the Executive Committee of the world anti-doping Agency (WADA), reports RIA “Novosti”.

Approval Hanusa, the breach allowed the former staff of the organization. They were identified during two internal investigations RUSADA, which ended last year. Now the protocols entered into the database. In his letter Hanus asked the world anti-doping Agency to confirm the status of RUSADA. This will allow the Agency to take a doping test in athletes.

The journalist was deprived of the status of compliance with international anti-doping rules in 2015. This happened after the publication of the report of the independent Commission under the leadership of Richard McLaren about doping in Russian sports. It was argued that Russia has a state program for support of doping.

In September 2018, WADA voted to restore the Russian Agency of rights, putting forward a number of conditions. Moscow has recognized the failure in the fight against banned substances in sport. But support for doping at the state level and the involvement of intelligence agencies and officials doping program Russia denies.

In December Hanus wrote an appeal to Russian President Vladimir Putin. In it, he stated that Russian sport is “at the brink” due to the fact that the experts of WADA did not have access to the data of the Moscow anti-doping laboratory. Russian officials said in response that the negotiations with WADA “are in working order”.

January 22 will be a meeting of the Executive Committee of WADA, which will discuss the report of the Committee on the compliance status of RUSADA.