Home / business / Russia has threatened the us media sanctions

Russia has threatened the us media sanctions 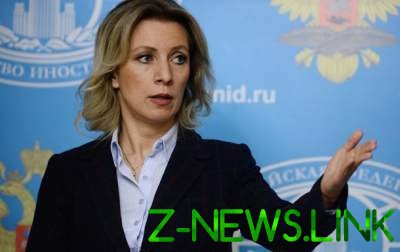 The U.S. justice Department asked the RT TV company asking to register the us branch as a “foreign agent”.

The foreign Ministry of Russia plans to retaliate against American media, operating in Russia in case of continuation of pressure on the Russian TV channel RT in the United States, said the official representative of the Ministry Maria Zakharova.

According to her, U.S. media and American journalists will apply the same measures as RT in the United States, while Russia will be treated equally as to government publications, and private.

What exactly is the pressure at RT in the United States, Zakharov said.

Press Secretary of the President Dmitry Peskov said that the Kremlin does not rule out symmetric measures in case of continued “oppression” of the Russian media RT, and Sputnik in the United States.

“A number of our media has been under unprecedented pressure, with the pressure that has significantly complicate the activities of our media in some Western countries, primarily in this case in the United States. Of course, in the event of further harassment, further violations of the rights of our media to unimpeded activity, we cannot exclude actions that will be undertaken on the basis of reciprocity” — said the press Secretary of the President Dmitry Peskov.

Recall that the U.S. justice Department appealed to Russian broadcaster RT, formerly Russia Today, the proposal to register the American branch of the broadcaster as a “foreign agent”.

Glavred RT Margarita Simonyan on his website, accused the US of “war” against the Russian media and attacks on freedom of speech.