Home / economy / Russia has lost the fifth part of the territory

Russia has lost the fifth part of the territory 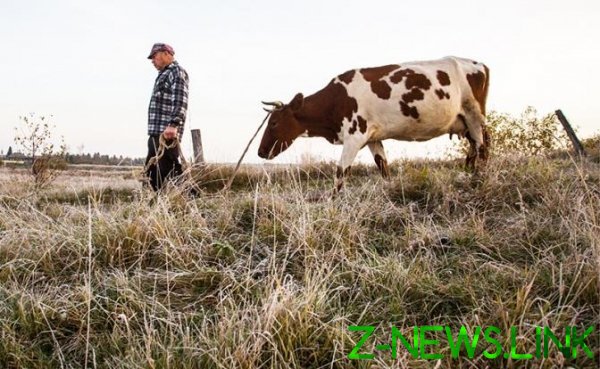 Vacant abandoned land, whose people grew… Landscape of post-apocalyptic sci-Fi movie? No. Alas, this reality is rapidly developing Russia successfully surmount the crisis (how can the authorities distort the facts?).

The worst things in Bashkortostan — there are 4.2 million hectares of vacant land (almost a third of the whole Republic). Bashkiria — the place looks like it’s cursed: burning mine in Sibai poison the environment, under the Ufa have arrested 1.5 million land plots without explaining the reasons on which the house is already built. But the head of the Republic of radium Khabirov only trying to silence the problem, and no attempt to help people: it seems that the interests of the individual members of the “business” the leadership of the Republic is much closer to human needs. This attitude only aggravates the real problem. To expect that abandoned lands in Bashkiria will find at least some reasonable application in such circumstances is not necessary.

So why empty land in Russia? Maybe they simply are not fertile and their link to agriculture exhausted? Based on this thesis, Greenpeace offers to grow a forest there. However, under the law, if you engage in forest and on agricultural land, you can get a fine of up to 700 thousand rubles and lose the right to use the land. Because it is not necessary.

The development of the Fox industry on agricultural lands, the former used — a beautiful idea, but hardly implementable. Forest industry poorly regulated, even no incentives for the full recovery and reuse of forest areas. What is there to say about agricultural land? More importantly, why do we practice this “nomadic agriculture”: squeezed from the soil all that is possible, and went on to look for new land.

First, Russia, as usual, lucky with natural resources. It’s not even that we have a lot of land, and that much fertile. In our country, according to the International Union of economists, the UN, concentrated 52% of all black soil in the world. To rent a house this is the most simple that can make agricultural enterprise. The results of this approach are well known: fertile, arable land will become less and they will be more difficult to access. And how to comply with the terms of the doctrine of food security to food self-sufficiency and may orders to increase exports? While we have the power of habit is struggling with the consequences, not the causes, of all.

In 2002 was adopted the law on withdrawal of land from the owner for improper use. But only in 2016, the law adopted the final version, which made it possible to do this in practice. Here’s how it looks. After removal, the land should be sold: from collectibles territories government agencies a little confused. And the money receives by the former owner. Sometimes you can be lucky, and the land will be sold quickly and at a good price. In Moscow region it is still possible: the first case of sale withdrawn for non-use within 8 years of plot in the Dmitrov district in 2017 has led to twelve-times the growth of the starting price. But in other regions of the trades are not going so smartly, and the price you have to reduce.

And it is logical: who needs earth, if only not to plan the fraudulent scheme with the misuse of land (for mining or construction)? The new owner does not guarantee the development of agriculture. So really, the main thing — to prevent the exhaustion of the land.

Possible. Otherwise, Europe, USA and other densely populated countries would be left at all without agriculture. So I’ve learned to carefully use the available resources. There are many different reasons for exhaustion of the soil, but the big one is the inconsistency of application of fertilizers to the extent of the development site. The volume of fertilizers used in the period from 1990 to 2012 in Russia has decreased, according to the Ministry of agriculture, from 9.9 to 2.4 million tons. Drop in 4 times! Now the consumption is about on the same level.

And it’s not just in improving the efficiency of fertilizer use. In the US, for example, 1 ha of arable land making an average of 140 kg of fertilizer in Europe — 130 kg, in Latin America, 90 kg, and we have less than 49 kg. of farmers don’t have enough money for the purchase of fertilizers in the required volume. For example, agricultural enterprise “Progress” from the Krasnodar region last year was forced to reduce the use of fertilizers by 15% due to poor financial performance in 2017.

Paradox: and the kind of fertilizers we produce enough, but from a shortage of high prices is not impossible to get rid of. The fact that the chemical plants 71% of produced organic fertilizers for export. The domestic market gets only 29% of production. That is, all the plans to export met and exceeded, only the sector this has not become easier. Produced fertilizers entirely guided by unaffordable for our farmers export prices.

What to do? To introduce state regulation of prices for fertilizers? Not a good idea — so the deficit can only increase. But over the solvency of farmers to work is possible and necessary. All the beautiful concessional lending programmes remain only on paper: the small business gets no more than 15% of such loans. All other subsidies take the few market giants who have no problems finding new sites on favorable terms.

Farmers can’t even get a loan secured by agricultural land: no the Bank won’t accept it though, because by law, seizure of land during the period of agricultural work is prohibited. It does not allow the Bank to realise the pledged assets in time.

The cases are different, but the majority of unused land is not a result of the negligence of the owner, is the result of the poor state of farmers, coupled with the ability to use new sites. While this scheme dashes from one place to another works, and allows to maintain the previous volumes of output products. But for how long? 20% suitable for farming space, we have already lost.