“Russia has its own absurd way” 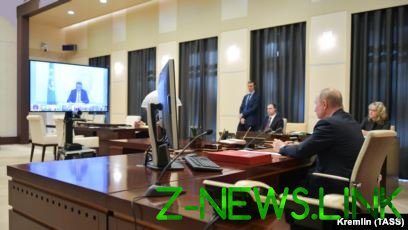 “Schizophrenia. I think it’s something like that called. Many European countries discuss and implement the gradual reduction of restrictions – but I know of no country that would make it to the peak in the growth of new cases. First passed through its peak and achieved stable reduction – then began to remove, slowly and carefully,” writes an associate of Alexei Navalny in Facebook, summing up the meeting on the removal of restrictions, held by Vladimir Putin on may 6.

“Many countries allow the work of Barber and café sport outdoors, Jogging and walking – but I know of no country which, while continuing to restrict such a basic and harmless things, would allow the operation of construction sites and industrial enterprises, which with great ease and in different places, from Singapore to Belokamenka in the Murmansk region – became the foci of the large-scale outbreaks.

But Russia has its way. At first glance – absolutely absurd. And so we must ask the question: “why not?”

And I think there naturally can be continued thought of my sensational Sunday post. All again because of Putin’s vote on amendments to the Constitution.

1. They are unable to vote on amendments to the single voting day in September. Well, just did. Because there will be observers; there will be many “political” appearance – people will come to vote in regional elections to elect governors, local deputies. There is the problem of fraud would be most difficult. Because the Kremlin had initially planned (and still plan) to organize their nedoponimanie in a single day to a single voting day, September 13, to spend it without supervision and outside the procedures of the electoral legislation, the public sector, have unlimited early-home-based-e-voting to draw any result. And this plan will not retreat.

2. Therefore, they need to vote on the amendments until the end of June. July-August is absolutely dead months in terms of mobilization, plus there already is an election campaign to go, there will be difficulties, if one superimposed on the other. Confuse voters. In fact, there have been many thefts from the AP that they’re targeting a date of June 24, it’s all an open secret.

3. But in order to vote on 24 June (and in order to have time to prepare, and to be able to mobilize), announce publicly necessary no later than 20 may. (There seems to be, and a hastily sleplennogo “law” on the procedure of adoption of the amendments set a one-month period – if I’m not mistaken. But if they are wrong, still, without at least a month public campaign of hysteria, as AP likes, no result will be).

4. And here is the clinch. Overall, I guess you could expect that to 24 June, the epidemic in Russia will decline. The measures taken, albeit extremely inefficient and working much slower than in the European countries sooner or later will affect. To pursue the illegal and senseless “voting on amendments” and even 24 Jun certainly a bad idea politically, and epidemiologically – but not horror-horror-horror. But what is the problem to announce it on the peak of the epidemic – that’s political suicide.

That is a imagine come may 20, it is necessary to Putin to come out and say that, I assign the vote – and the country’s still 10,000 new cases per day detected and no suspension. Then he even the most loyal of his supporters say loudly: “grandfather, what are you, crazy? outside we can not go, and the areas you hunt?”.

5. That is the key challenge for political block of the Kremlin lies in the fact that approximately 20 may be formed in the public space the atmosphere of victory over the epidemic, and, of course, the image of Putin-winner. Then he will be able to dramatically leave on a white horse, and solemnly to declare their vote.

a) to achieve a sharp decline in the figures;
b) to remove many of the restrictions show a positive trend in terms of the quarantine: here, they say, look, all became possible, we win, the danger behind.

And this fully explains the schizophrenic taken and possible solutions. On the one hand, they wildly are afraid that the numbers will bounce up. On the other hand, Putin requires the positive dynamics and good news, which he could PR.