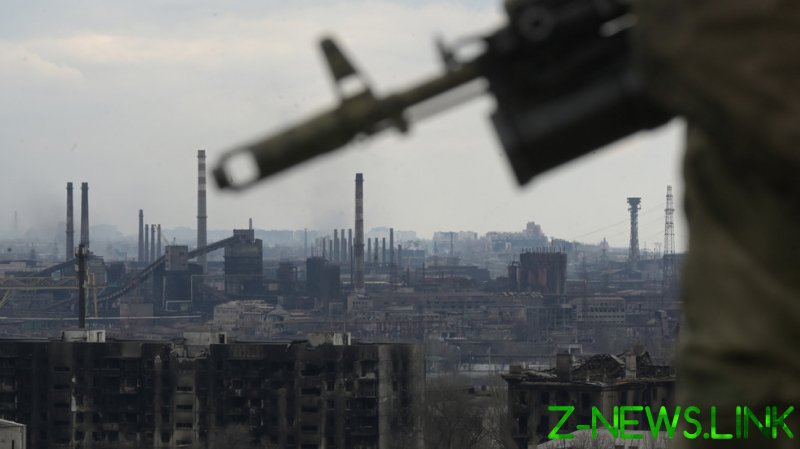 Russia on Tuesday offered another chance to surrender to the remaining Ukrainian forces holed up at the Azovstal steel plant in the Black Sea port city of Mariupol.

All those holed up at Azovstal should exit the facility between 14:00 and 16:00 Moscow time without any arms or ammunition on them, the Defense Ministry directed.

“Considering the catastrophic situation at the Azovstal metallurgical plant…the Russian Armed Forces again offer militants of nationalist battalions and foreign mercenaries to stop hostilities and lay down their arms starting 12pm Moscow time on April 19, 2022,” the Russian Defense Ministry said in a statement.

“All who lay down their weapons are guaranteed the preservation of life,” the ministry added.

The wording of the statement repeated – almost word for word – a similar offer made to the Ukrainian forces on Sunday, which they ended up rejecting. The Kiev authorities reportedly strictly forbids its troops from surrendering to Russians. 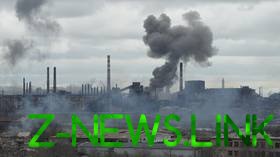 Under the new proposal, the commanders of the Azov battalion were told to establish uninterrupted radio contact with the Russian side, cease all hostilities and raise white flags along the perimeter of the steel plant.

It has again called upon the Ukrainian leadership to give the order to its fighters to “stop senseless resistance” and surrender. “But, understanding that they’re not going to receive such orders and commands from the Kiev authorities, we call upon [the holdout Ukrainian forces] to make such a decision on their own and lay down their arms,” the ministry added.

Mariupol has been the scene of the heaviest fighting during the ongoing conflict between Russia and Ukraine. The city is now almost entirely controlled by Russian forces, with Azovstal remaining the last pocket of resistance. Those holed up at the steel plant, with its massive network of underground tunnels, have been running short on water and food, the Defense Ministry had said earlier, based on intercepted communications. 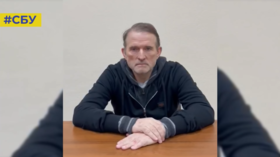 According to Moscow’s estimates, Ukraine’s losses in Mariupol have reached some 4,000 combatants, including “foreign mercenaries” and nationalist fighters of the notorious Azov and Aidar regiments.