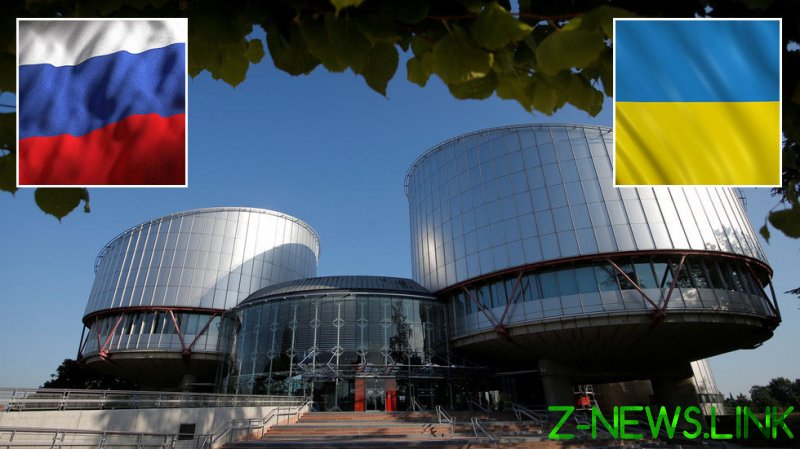 In a statement released on Thursday, officials in Moscow revealed that they had applied to the European Court of Human Rights with an inter-state complaint for the first time. According to the release, they are requesting that justices look into “the responsibility of the Ukrainian authorities for the death of civilians, illegal imprisonment and cruel treatment of people,” in both the Maidan and in the subsequent conflict in the Donbass.

A series of bloody incidents defined the 2014 conflict, including the deaths dozens of supporters of the uprising at the hands of police, and 39 anti-Maidan protesters killed when activists torched the Trade Unions House in Odessa. Dozens of Maidan supporters were killed by sniper fire on Kiev’s central square in February of that year, in an incident which has never properly been investigated. Some historians, such as Canadian-Ukrainian professor Ivan Katchanovski, have questioned whether that attack had been orchestrated, in an effort to inflame anti-government sentiment.

In addition, prosecutors request that the court investigate “the practice of suppressing freedom of speech and the persecution of dissidents” in Ukraine, “by prohibiting the work of the media, Internet platforms and targeting journalists.”

Citing Kiev’s ongoing policy of pushing the Russian language out of everyday life, with laws requiring Ukrainian to be used in a range of settings, Moscow officials say their complaint covers the “discrimination against the Russian-speaking population and the displacement of the language from the public sphere.” Almost all Ukrainians have a proficient command of Russian, and it dominates in much of the east, center and south of the country.

Another area of contention is Kiev’s decision to block a vital canal that provided water to the residents of the disputed Crimean peninsula. Built in the Soviet-era, Ukrainian officials have shut off supplies in protest over the 2014 re-absorption of the territory by Russia, sparking a water crisis across the region. Moscow has now invested significant sums in restoring access to fresh water.

Also in the complaint is the case of Malaysia Airlines flight, MH-17, which was downed over Eastern Ukraine in the summer of 2014, as fighting raged in the region. The statement attributes the deaths of all 298 people on board to “the failure of the Ukrainian authorities to close the airspace over the war zone,” and “the refusal to provide the necessary assistance to Russian officials investigating the crimes committed.”

Then, earlier in July, the Court decreed that Russia must immediately accept LGBT+ marriages, ruling in favor of a group of complainants who said that their partnerships were not being adequately recognized. Kremlin spokesman Dmitry Peskov blasted that decision, saying that “according to our constitution, it is impossible.” A series of constitutional amendments passed after a nationwide vote last year included a commitment to protecting “the institution of marriage as a union of a man and a woman.”