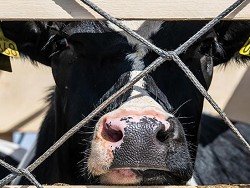 Officials of the Ministry of agriculture was forced to admit: “food security Doctrine” on many points and not made. The quality of food we send for export, and the Russians themselves are poisoned with a substitute and counterfeit, slyapat of “technical” fat and chemical aromatizatorov and dyes. So when the President of Miratorg Victor Linnik under the guise of concern about food security of the country is for a ban on the importation of jamon, and opponents of this calls balabani is all from evil.

Obviously, neither of whose security monopolists but their advantage is not think. Certainly not ham kills our agriculture. Not there looking for a monopoly, destroy all small farms are in trouble. Even during the great Patriotic war the number of cattle in Russia was higher than it is now, what to say…

“Food security doctrine” was approved in 2010, and is now preparing its new edition. And in anticipation of its adoption by the Duma Committee on agrarian policy, which is headed by academician of the RAS, Deputy Chairman of the CPRF Central Committee Vladimir Kashin, April 15 held a hearing on food security in the country.

The findings, presented at the hearings, optimistic as you can get. According to scientific Director of the research Institute of agricultural Economics (vniiesh) Ivan Usacheva, are taken into account only gross indicators of the agricultural sector, while it is necessary to assess the socio-economic situation of the consumer. “The demand for food remains under pressure, the dynamics of real disposable incomes that remain below the 2013 level of 10.5%,” — said the academician Ushachev.

It is estimated that 50% of people consume fish less rational standards, and 80% savings on milk. The real figures are even higher: according to Vladimir Kashin, even rational norms also remain low (primarily it concerns the consumption of animal protein and fat).

Kashin stated that Russia still lagging behind the production of major food products, including vegetables and fruits. But a truly catastrophic situation, in the case of beef and “milk” — which is a consequence of the massive reduction of livestock in farms. Member of the Central Committee of the Communist party Nikolai Kharitonov said that even during the war in the RSFSR dairy herd totaled 23 million head (excluding private farms), and now 8 million.

According to information of the Ministry of agriculture, last year our country was unable to meet the requirements of the “food security Doctrine” on a number of indicators: in addition to milk is also potatoes… and salt. Market share of Russian manufacturers to build, but it is contrary to the interests of Belarus. Moreover, the Belarusian producers are in a privileged position: in the cost of their products (compared to Russian) is not included VAT.

Protection of bona fide producers and increase competitiveness should also be reflected in the new edition of the “doctrine of food security”, said state Duma Deputy Viktor kidyaev. It is well known fact that amid falling milk production production of dairy products in Russia is growing: natural ingredients to replace “TRANS fats” from palm oil.

“If you’re taking across the border milk powder as animal feed, and are bred with fats and chemicals and sold under the guise of whole milk — this must be strictly punished!” believes kidyaev. But we have decided to catch those who are lucky a slice of ham or cheese for your family! Full responsibility, not the counterfeiters, and those who want to eat normally!

Professor Edelev: the volume of counterfeit food is unprecedented!

How is it that the Russian government promises to increase the volume of “agricultural” exports ($ 45 billion in five years), but to feed their own people can not? Yes still here bullshit calls. This question “Free press” asked the doctor of medical Sciences, President of the national project “Health of nation” Dmitry Edelev.

— First and foremost we need to thank those who work in the village for their dedicated work — they are not to blame for the fact that the industry is run by ignorant and corrupt officials serving dealers from trade and the food industry, falsify food. And now the case.

Read one of the official reports. “Agriculture in General shows a steady, high-quality a positive trend. Today is a truly modern, attractive for investment industry, one of the locomotives of economic development of the country.” Everything seems great and to the joy of officials has no limits. But let’s examine two real factors and it becomes clear that there is no reason to rejoice — you need to cry.

First problem. The country is flooded with fake food, and in Russia there is still no punishment for that crime. From 30 to 100% of the assessments conducted by the “Roskontrol” and “Rascacielos” identify counterfeit. Moreover, the independent experts are published regularly, so that buyers know what products are forged.

“SP”: — And what is fake, according to your research, often?

“SP”: — the fight against the dominance of palm oil in the domestic products we have dedicated many publications. And faced with the fact that we threw the “claims” lobbyists, of which there are many in Russia under the guise of healthy eating.

Not surprising, given the volume of the market. Recently experts “Roskontrol” found on the shelves of mass the appearance of a cheese-like mass instead of cheese — it has virtually no butterfat, it replaced palm. Head of expert centre “Roskontrol” said that the level of fraud was, as usual, is high — about 65% of the total number of samples tested. And the worst thing in his words is the phrase “as usual”.

Counterfeiters use poor quality raw materials in the production of food. The group Arkady Mamontov with the state TV channel “Russia” conducted an investigation and determined the level of such hazardous substances such as glycidol in food products with usual shelf in the grocery store. So the excess over the allowable, safe life, concentrations ranged from 270% to 960%.

— Forgers simply added to products dangerous technical fats, that food should not hit. Let me remind you that glycidol is carcinogenic and genotoxic substance.

Or another example. “Roskontrol” checked out rye bread — it was made from wheat flour and dye. It is also a deadly deception for diabetes buying this bread — and-white, in contrast to rye, very quickly increases the level of glucose in the blood.

Poisonous counterfeits often find themselves in social institutions due to the imperfections of the public procurement system, in which the winner is the supplier offering the lowest price at the auction.

Surrogates, of course, are cheaper, and suppliers of healthy food, no chance to feed healthy food to children in school cafeterias and daycare centers, sick in hospitals, the elderly. For people with poor health and children adulterated food, often dangerous substitutes for natural products can have lethal.

“SP”: — But why, if social institutions awash with counterfeit, we don’t hear about mass poisonings of the same dyes, improvers or “technical” palm oil?

— Harm from low-quality substitutes of natural food has a cumulative effect. That is such fake products affect human health gradually — either they’re unsafe for people with certain diseases (such as “colored” white bread for diabetics).

“SP”: — and what about the officials?

— I have many years to grips with the problem and found: in our country, the officials did not seem to notice that in Russia the level of falsification of food products exceeded all conceivable volumes.

In the legislation there is no such term as “adulteration of foods” — and if not, and punishment is not provided. All such cases are now classified as consumer fraud or the violation of technical regulations and administrative violations that are punishable by a small fine.