Russia explains why there is no more diplomacy with NATO 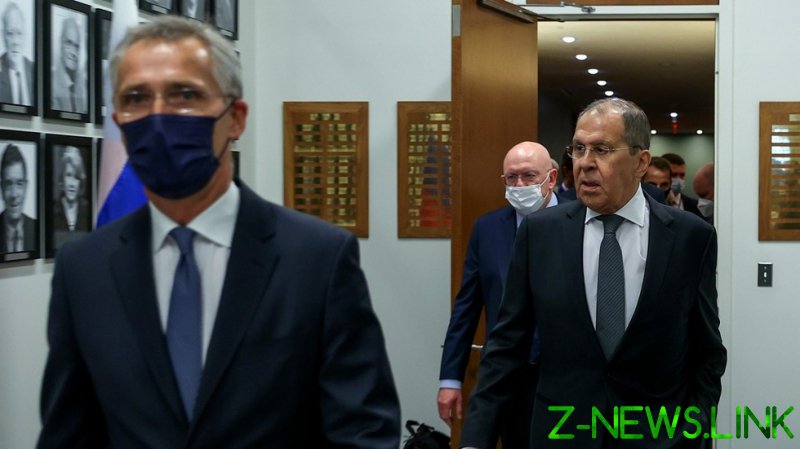 Speaking to reporters in Rome after the G20 leaders’ summit on Sunday, Foreign Minister Sergey Lavrov said the efforts of long-running Russia-NATO Council meetings, designed to reduce tensions, had largely failed. According to him, “when there were still meetings between the council and our representatives, they only wanted to teach us how to live.”

“Every time, they demanded to convene the council to discuss Ukraine. Their whole interest was whipping up propaganda and putting pressure on Russia,” Lavrov argued. “We rely on facts, and the facts are that NATO does not want any co-operation with us.”

Last month, the bloc announced it would expel eight Russian diplomats from its Brussels headquarters, reportedly over claims of involvement in undisclosed ‘espionage’. In response, Moscow said it would suspend all direct bilateral ties with NATO, bringing home its entire delegation and shuttering the bloc’s offices in Moscow.

Since then, Lavrov has claimed that the state of relations between Russia and NATO can’t be described as “catastrophic,” because “to be catastrophic you have to have at least something.” Instead, he said, there are now no formal ties between the two, and the Kremlin has instead built relations with individual member states on their own.

The bloc’s secretary general, Jens Stoltenberg, has insisted it is ready for constructive talks with Moscow, insisting that “the proposal to convene a meeting of the Russia-NATO Council remains relevant. And now it depends on Russia whether it will react in a positive way.”

However, Foreign Ministry spokeswoman Maria Zakharova has written off the offer as empty rhetoric. “Yes, we heard the statement by Mr. Stoltenberg about his alleged readiness to discuss security issues with Russia,” she confirmed. “There is nothing behind these statements in practical terms.”