Russia explains why no ceasefire amid peace talks with Ukraine 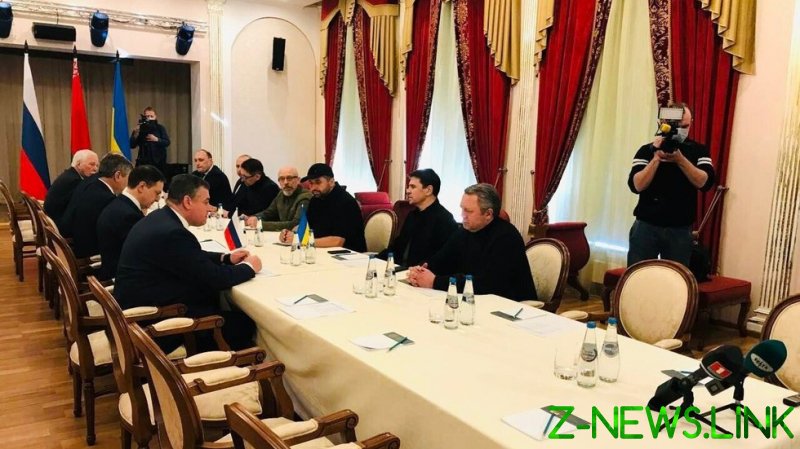 Moscow will not put on pause its military action against Ukraine while conducting peace talks with Kiev, presidential spokesman Dmitry Peskov told journalists on Monday.

“You see, a pause in the operation, any pause, is used by the nationalist units to regroup, used to continue attacks against the Russian military,” the official explained. He claimed Russian troops in Ukraine have experienced this before “on multiple occasions.”

During the almost month-long attack on Ukraine, Russia declared a ceasefire on several occasions, stating that a pause in frontline fighting would allow civilians to evacuate affected areas and for humanitarian aid to be brought into Ukrainian cities caught up in the hostilities.

Moscow and Kiev repeatedly blamed each other for alleged breaches of ceasefire agreements in various parts of the country. Russia said it believed the Ukrainian government not to be in full control of its units, which count radical nationalists in their ranks. These forces, according to Moscow, are determined to fight to the end and don’t hesitate to hold civilians as human shields and to otherwise undermine efforts to prevent casualties.

Russia launched its attack in Ukraine in late February, claiming its neighbor had to be demilitarized and cleansed of radical elements in the military and law enforcement. Kiev called it an unprovoked act of aggression and is backed by Western nations, which have been supplying arms to Ukraine and imposing economic sanctions on Russia.

The belligerents have held several rounds of peace talks and have reportedly made progress on formulating a mutually acceptable deal, but have not produced one so far.