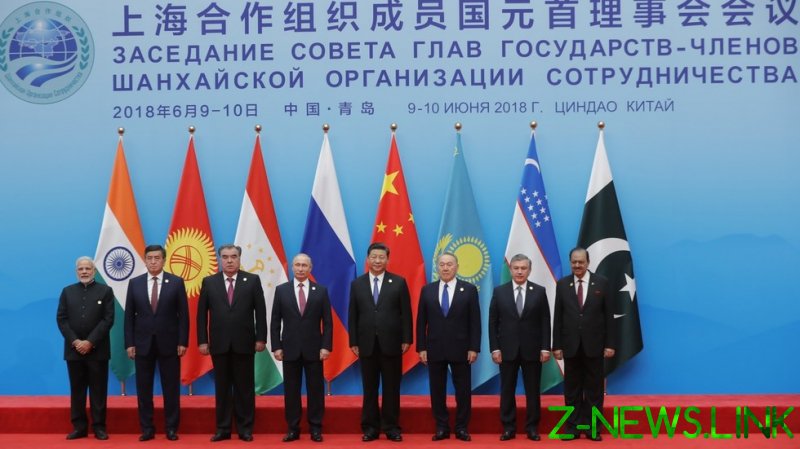 The institution will hold its summit in Tajikistan’s capital, Dushanbe, this September. Before that, the members’ foreign ministers will meet from July 13-14.

Over the years, the SCO has established itself as one of the top players on the world stage, as well as a “reliable and predictable partner,” Russian Foreign Ministry spokesperson Maria Zakharova told reporters at a press briefing last week.

“Its activities are… not directed against other countries,” Zakharova said, noting that the group has accumulated experience in cooperation in various fields, including security, trade and humanitarianism.

“The organization’s unchanged priority is security and stability in the region,” she added.

SCO’s founding members are China, Russia, and the Central Asian nations of Kazakhstan, Tajikistan, Kyrgyzstan, and Uzbekistan. India and Pakistan formally joined the group in 2017.

It’s the largest regional organisation in the world in terms of population and geography, representing close to half of the entire human race.

The SCO maintains an anti-terrorism coordination center in Tashkent, Uzbekistan, and conducts joint anti-terrorism drills. Russian military officials confirmed in March that the group’s large annual ‘Peace Mission’ exercise, which was canceled last year due to the coronavirus pandemic, will take place in central Russia this summer.

Last year, SCO members agreed to join efforts against Covid-19. Russian Health Minister Mikhail Murashko said on Wednesday that SCO nations should work on exchanging vital medical data, such as vaccine efficacy and information on news strains of the virus.