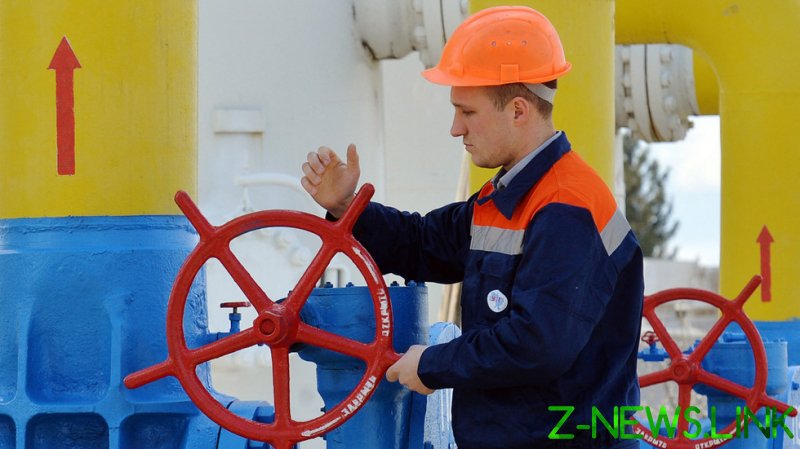 On Monday, in an interview with the UK’s Financial Times, the head of Naftogaz, Yuriy Vitrenko, said the new Nord Stream 2 pipeline increased the chance of war between Ukraine and Russia. According to him, circumventing Kiev could leave the nation more vulnerable to a Moscow-ordered “invasion.”

The energy boss claimed that if “there is no physical transit [of gas] through Ukraine, this increases the chances of a full-scale war between Russia and Ukraine with all its consequences.”

Construction of the Nord Stream 2 pipeline, which connects the gas fields of Siberia to consumers in Western Europe, was completed in September. Running from Russia to Germany under the Baltic Sea, it can transport up to 55 billion cubic meters of gas per year. It is now undergoing final tests and awaiting approval from regulators in Berlin to begin operating.

The same month, Kiev said it would “continue its fight” against the new gas network “until and after its completion,” with the country’s leader, Volodymyr Zelensky, decrying the Russian project as a geopolitical “weapon.” Kiev has claimed that the pipeline will leave Ukraine at least $3 billion out of pocket in transit fees currently paid by Moscow if the overground network that runs through the country is no longer needed. According to him, the move could see the state unable to pay for its armed forces.

Moscow has insisted there are no plans to turn off the taps, and that current agreements will be honored. Any future deals, the Kremlin has added, are a commercial matter for Gazprom.

The US has consistently supported Ukraine in the row, imposing sanctions on companies involved in the construction. Ahead of the completion of the pipeline in September, Russian Foreign Minister Sergey Lavrov claimed that “there is still a full-frontal attack, in spite of everything, on Nord Stream 2,” despite the fact “everyone knows the Americans have realized [it will be delivered.]”

Amos Hochstein, a senior adviser on energy security at the US State Department, called on Kiev in September to look to the future and focus on advancing its own gas networks, rather than opposing the new Russian pipeline.

“Look, I think we have to shift the process from talking about what we all wish would have happened, that the project would not be completed, to the reality now that it’s going to be completed,” he said. “We also have to start working with Ukraine together on transitioning the energy economy here to match what’s happening in the rest of the world, and especially in Europe.”