Russia dumped in the occupied Crimea tens of thousands of Russians, – Polozov 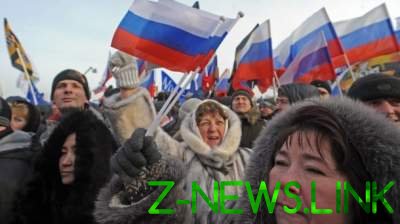 Poroshenko and Putin will not be able to agree on the Crimea, it is necessary the intervention of the West, said the lawyer.

Russia is taking in Crimea occupied by their fellow citizens, settles them there, to equalize the demographic balance in relation to the local population. This was stated by the TV channel ZIK, the lawyer Nikolai Polozov.

According to him, it’s not just tourists, and Russians, settled for permanent residence.

“There are imported tens of thousands of people from the mainland who there inhabit, work, etc. in order to, first, reduce the number of total number as a percentage of Crimean Tatars and persons of other nationalities, and in General those who have the so-called Crimean mentality. Because in the Crimea there was always a singular vision,” says Polozov.

He also noted that in the Crimea a lot of people who would like to return to Ukraine. The lawyer stressed that there are those who committed the crime, helped the annexation of the Peninsula.

“What to do with them? Where to put them? Russia, they are, by and large, are not needed. Well, what else do parasites recruit on the mainland? Here they face criminal prosecution,” he said.

At the same time Polozov believes that Crimea will return to Ukraine in a civilized way without military confrontation.

“This isn’t like trying to scare someone, a massacre or something, that will come “Right sector”, as it tried in 2014 to provoke fears. No, it happens in a civilized way. I think the majority of inhabitants of Crimea will be satisfied with the reintegration of the Crimea back to Ukraine”, – said the lawyer.

Polozov also stressed that if the presidents of Ukraine and Russia sat at a negotiating table, then they couldn’t have done it. He believes that it is necessary the intervention of the West.