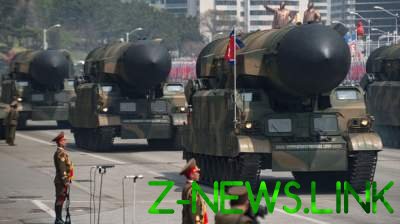 The Russian leader said that the sanctions pressure on Pyongyang will not help to solve the problem.

He noted that tests by Pyongyang in violation of international rules.

“Confirmed Mr moon Jae Inu our fundamental position that we do not recognize the nuclear status of North Korea. Rocket-the nuclear program of Pyongyang violates the resolutions of the UN Security Council, undermines the non-proliferation regime, poses a threat to security in northeast Asia”, – said Putin after talks with President of South Korea.

He explained that sanctions will not solve the problem and the need to avoid an open military conflict.

“It is clear that to solve the problems of the Korean Peninsula solely by sanctions and pressure cannot. Do not succumb to emotions and to drive North Korea into a corner. Now more than ever, everyone needs to stay calm and to avoid steps leading to escalation,” – said the President of the Russian Federation.