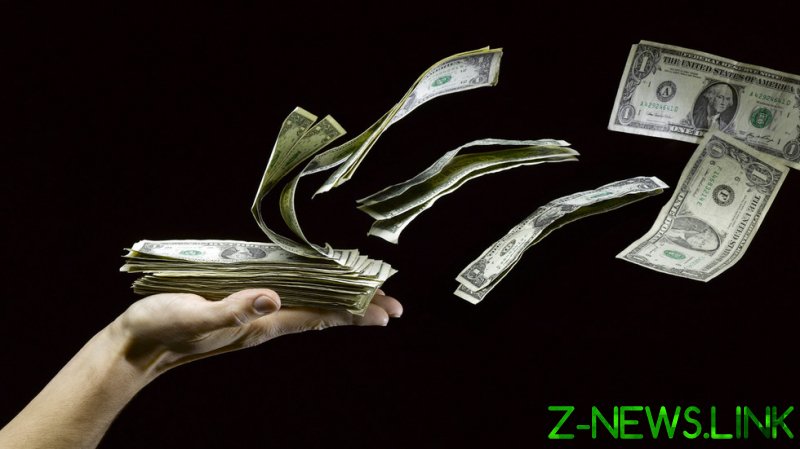 “There is clearly a deliberate calculation to create a toxic atmosphere around Russian securities in order to reduce their investment potential,” Deputy Foreign Minister Alexander Pankin told RIA Novosti on Monday.

“These possible new restrictions on government bonds are a double-edged sword, and they would clearly harm America’s financial institutions,” he said. “But we have long become accustomed to the fact that lovers of unilateral restrictive measures have ceased to care about their own loss of business, or their citizens.”

In response, he said, Moscow is working to “develop measures in case of any further hostile steps against Russia’s sovereign debt.” The minister added that, “as always, we will react in a balanced and adequate way, starting with the principle of maintaining the stability of the Russian economy and the financial system.”

A number of Russian officials have said in recent weeks that the country is exploring the development of a system to rival the SWIFT international payment mechanism. For a number of years, the idea that Russian businesses could be cut out of the platform has been discussed by Western commentators.

Asked whether this could soon become a reality, Kremlin spokesman Dmitry Peskov told reporters that “we cannot rule out any of the potential threats… These actions are unreasonable and unpredictable, therefore, of course, this situation obliges us to be on the alert.”

During a meeting with his Chinese counterparts last month, Foreign Minister Sergey Lavrov said that that “the United States has declared its mission is to limit the technological development opportunities of both the Russian Federation and the People’s Republic of China.” He added that the dollar should be de-prioritized as the default currency of international markets, and the two nations should move away from the use of “Western-controlled international payment systems.”

In March, the US government imposed a package of new sanctions against Russian officials and businesses over the alleged poisoning and subsequent jailing of opposition figure Alexey Navalny. Since then, relations between Moscow and Washington have declined further, with US President Joe Biden sparking a row with a media interview in which he agreed that his Russian counterpart, Vladimir Putin, is a “killer.” The two nations are now reportedly engaged in high-level diplomatic discussions over the tense situation in eastern Ukraine.