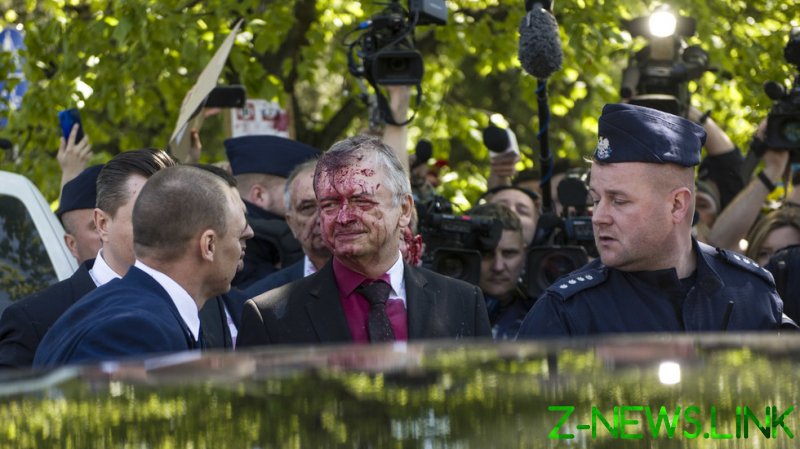 Russia summoned the Polish envoy on Wednesday and demanded an apology after its own ambassador to Warsaw had red syrup thrown in his face during a Victory Day wreath-laying ceremony.

The Russian Foreign Ministry said the attack was “a flagrant violation” of the 1961 international convention, which says that countries must protect foreign missions.

“The Russian side expects an official apology from the Polish authorities and demands that the safety of the Russian ambassador and all staffers at Russian missions in Poland is guaranteed,” it said. 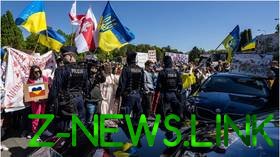 Pro-Ukraine protesters threw syrup at Russia’s envoy, Sergey Andreyev, when he was about to lay flowers in honor of the fallen Red Army soldiers on Monday, when Russia celebrated victory over Nazi Germany in World War II.

The diplomat said on Wednesday that he has not received a formal apology from Warsaw. He added that it was hard to believe that Polish authorities were unaware of the attack in advance.

Polish Interior Minister Mariusz Kaminski said shortly after the incident that the behavior of the protesters was “understandable,” given Russia’s military campaign in Ukraine. Foreign Minister Zbigniew Rau called the attack “regrettable,” emphasizing that diplomats must be protected.