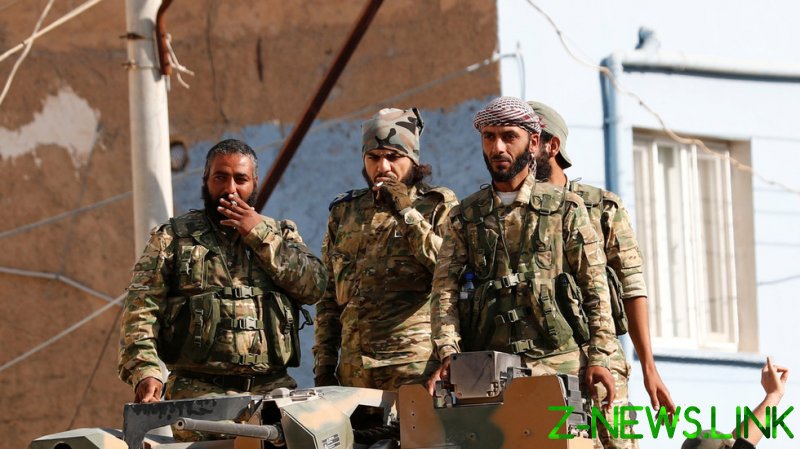 “Militants of illegal armed groups, in particular from Syria and Libya” have been transported to the conflict zone “in order to directly participate in the hostilities,” the Russian Foreign Ministry said in a Wednesday statement commenting on the recent reports, adding it was “deeply concerned” about the development that creates “long-term threats to the security of all countries in the region.”

The ministry called on the “leaderships of the states concerned” to prevent the use of foreign mercenaries and terrorists and “immediately” withdraw them from the area.

While not naming names, it was clear the message was intended for Turkey and Azerbaijan. Earlier this week, the Guardian and Reuters both reported that Turkish-backed militants from the Syrian province of Idlib, previously sent to fight for Ankara in Libya, have been recruited to go to Azerbaijan and work in “security” roles.

After the Armenian government repeated those accusations, Ankara and Baku rejected them as “nonsense” and “propaganda.”

While the Western media outlets made sure to note they could not independently verify the claims of the militants they interviewed, a French investigative journalist appears to have managed to do so. About 1,000 fighters from the Al Hamza and Sultan Murad divisions of militants from Idlib were recruited and flown to Azerbaijan since mid-September, according to Guillaume Perrier, who provided the details about their wages, which amount to $1,000 or so a month.

At least two of these militants have been killed since Sunday, Perrier said. This was when the Azeri military opened fire on ethnic Armenian forces in Nagorno-Karabakh, claiming they were responding to “provocations.”

One of several border disputes left over from the collapse of the Soviet Union, Nagorno-Karabakh is an enclave predominantly populated by Armenians that seceded from Azerbaijan in 1988 and declared itself the Republic of Artsakh. A bitter war in 1991-94 left most of Nagorno-Karabakh under Armenian control, along with a territory linking it to Armenia proper. Azerbaijan is insisting on retaking the territory, and Baku’s most recent push to do so has been backed by neighboring Turkey.