Russia decided to call the next summit “the Big seven” 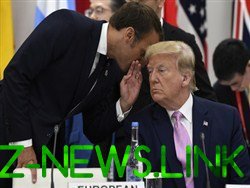 The President of the United States Donald trump agreed with the proposal of the French counterpart Emmanuel Macron to call Russia at the summit “the Big seven” in 2020. It is reported by CNN, citing a senior representative of the White house.

The interlocutor of the channel explained that trump and the macron on Tuesday, August 20, phoned and came to a consensus that we want to see Russia at the next G7 summit, which will take place in the United States. He said that the macron proposed to invite Russia, and trump agreed.

It is anticipated that trump will discuss this topic with other world leaders this weekend during a meeting of leaders of the countries “the Seven” in French Biarritz. The TV channel notes that it is unknown what the decision on this issue will eventually come the leaders of the G7.

The day before trump said that much more appropriate it would be to see Russia in the “Big eight”. He noted that he would support a proposal because “many of the things discussed in the G7, touch Russia.”

The G8 has ceased to exist in 2014 after joining the Crimea to Russia. Then the leaders of major world powers has refused to participate in the summit that Russia, as chair, was held in Sochi. Instead, in Brussels, a meeting of “seven” — G7 (France, UK, USA, Germany, Japan, Italy and Canada. The summit is also attended by the presidents of the EU Council and the European Commission).

Earlier the President of Russia Vladimir Putin responded to the invitation to return the format of “Big eight”: “with regard to the return of Russia in “seven”, “eight” — we from it did not come out. Please, we are happy all is there to see us in Moscow,” he said.