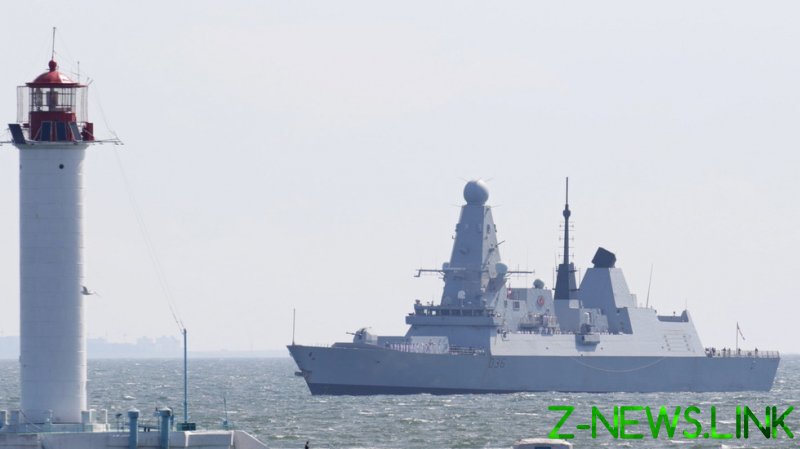 Speaking on Thursday, Sergey Ryabkov said that Russia’s territorial integrity will be protected by any means possible, including by military force.

“We can only appeal to common sense and demand respect for international law,” Ryabkov told reporters. “If that doesn’t help and if our colleagues don’t understand, we may not only bomb on course, but also on target.”

Ryabkov’s threat referred to Wednesday’s incident with Britain’s HMS Defender, when a Russian warplane “performed a warning bombing” ahead of the ship’s course to force it into international waters.

According to Russia’s Ministry of Defense, the British naval ship entered the country’s territorial waters at 11:52am local time and traveled 3km inside the frontier, near Cape Fiolent, in Crimea. The Ministry also said that the destroyer had been warned in advance about the use of weapons.

Britain has denied the warship was fired at and said it was traveling through Ukrainian waters.

“The territorial integrity of Russia is inviolable,” Ryabkov continued. “We will protect it both diplomatically and politically and, if necessary, militarily.

“The security of our country is first and foremost.”

On the same day, Russian Naval Commander-in-Chief Nikolay Yevmenov called the incident a “provocation” and a “test.”

“The British side should conduct a thorough investigation and assess the actions of the captain,” he said.