Russia comments on security guarantees for all European states 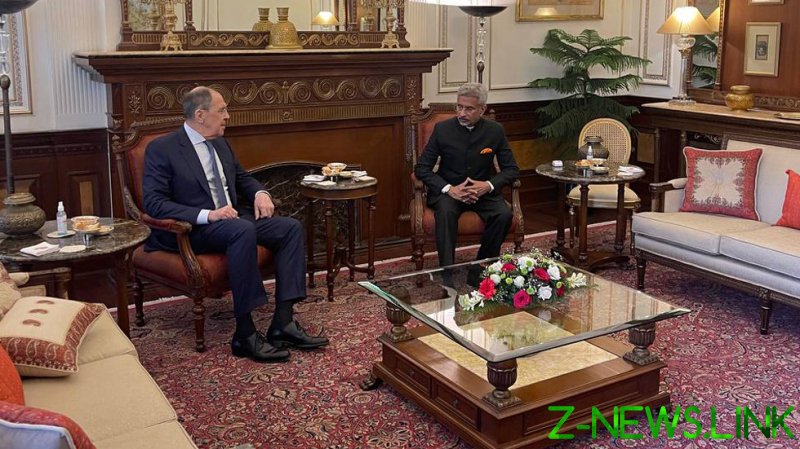 Moscow wants security guarantees for all European nations, not just Ukraine and Russia, the country’s foreign minister told journalists on Friday. During peace talks with Russia, Kiev has confirmed it is prepared to become a non-aligned country in exchange for legally binding security guarantees.

Following talks with his Indian counterpart, Subrahmanyam Jaishankar, in New Delhi, Sergey Lavrov emphasized that other countries should also get such guarantees based on “those documents that have been adopted for many years in the OSCE framework, and which have proclaimed the principle that no country will strengthen its security at the expense of others’ security.“

Lavrov expressed cautious optimism regarding the ongoing negotiations between Russia and Ukraine, noting that Kiev and its Western allies now appear to agree to Ukraine’s future neutral status, with no aspirations to join NATO.

Yet Russia’s military offensive in Ukraine is not “just about Ukraine, its neutrality,” but rather a “question of world order,” Lavrov claimed. Russia’s top diplomat went on to suggest that the US has now suppressed all attempts at establishing autonomy by Europe, with the latter now completely in lockstep with Washington. According to Lavrov, Europeans have reconciled themselves to this status.

The West’s real endgame is the re-establishment of a unipolar world, Lavrov opined.

The Russian foreign minister said that the US and its allies were trying to conceal their true objectives, portraying their confrontation with Russia and some other nations as a “battle between democracies and autocracies.” However, according to Lavrov, the West itself has become one big autocracy with the US at the helm.

Since February 24, when Russia launched its military offensive against Ukraine, Moscow has been slapped with a slew of unprecedented economic sanctions. The US, UK, Canada, Australia, the whole of the EU, Japan and several other nations have frozen the assets of Russia’s central bank, also targeting some of the country’s major commercial banks and entire industries. Individual businessmen and top officials from Russia are also facing punitive measures.

Moscow and Kiev are currently engaged in peace talks, with the latest meeting via video link taking place on Friday. Security guarantees for both nations have been one of the major topics discussed. Russia insists that Ukraine should declare itself a neutral state, with no foreign bases and troops on its territory which could potentially pose a threat to Russia. Kiev has indicated that it agrees in principle to such a status, demanding that guarantor nations agree to “legally actively” protect Ukraine in case of “any aggression.“