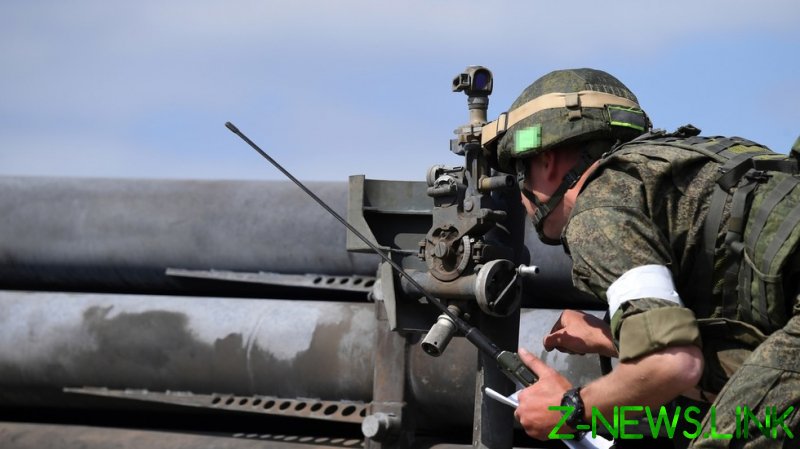 Russia and its allies have made more progress towards fully capturing the Donbass, Russian Defense Minister Sergey Shoigu reported on Tuesday. Some 15 communities were recently taken, including Svyatogorsk – the town where Ukrainian forces allegedly torched a wooden church as they retreated last week.

Svyatogorsk is located on the left bank of the Severny Donets river and is claimed by the Donetsk People’s Republic (DPR) as part of its territory. Last week, the Skete of All Saints, a historic wooden monastery located in the town, was torched and burned to the ground. Russia accused Ukrainian forces of deliberately setting it on fire to cover their retreat. Ukrainian officials blamed Russian troops for the incident.

On Monday, the Russian Defense Ministry claimed that Ukrainian troops had blown up a bridge in the same area, cutting the shortest road connection between the main northern part of the settlement and the rest of the DPR territory. Svyatogorsk is located on the border between the two Donbass republics. 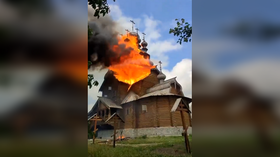 According to Shoigu, Russian and allied troops seized 15 communities near the river as they advanced against Ukrainian forces. He claimed that the successes had resulted in the “liberation” of 97% of the territory claimed by the Lugansk People’s Republic (LPR).

The minister claimed that all residential areas of Severodonetsk were now under Russian control, with fighting restricted to the industrial outskirts of the city. With Ukrainian soldiers continuing to surrender, the total number of POWs has reached 6,489, he said.

Severodonetsk is the home of the Kiev-appointed administration of the Lugansk region, which is contested by the Russian-recognized LPR. The city saw intensive fighting in recent weeks as LPR militias and Russian troops advanced.

Officials in Kiev claimed last week that Russian troops had been allowed to enter the city before a massive counterattack that was intended to obliterate them. Sergey Gaiday, the head of the Kiev-allied administration, claimed that Ukrainian troops managed to reclaim as much as half of the city at one point, but had to retreat later. 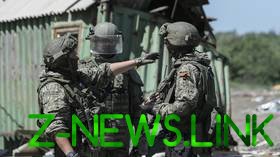 Some experts believe that the events unfolding in Severodonetsk resemble those in Mariupol, a major port in the territory now controlled by the Donetsk People’s Republic (DPR). The city’s defenders sheltered at the Azovstal plant for weeks after being cut off from the main Ukrainian forces before finally surrendering. The same may happen with the Severodonetsk garrison and the Azot chemical plant, analysts have warned.

The Russian minister said that Mariupol, which the DPR fully seized last month, was gradually returning to peaceful life. The port has started receiving cargo ships again, while its public services are repairing city utilities like the water distribution system and the power grid.

The Defense Ministry and Russian railway monopoly RZhD “have created the conditions to resume full transit between Russia, Donbass, Ukraine and Crimea,” Shoigu said. He said that shipments were already going to Mariupol, Berdyansk and Kherson. The latter two destinations are located in Russian-controlled parts of Ukraine. The minister said the reconstruction of railways covered some 1,200km of tracks.

Russia attacked its neighboring state in late February, following Ukraine’s failure to implement the terms of the Minsk agreements, first signed in 2014, and Moscow’s eventual recognition of the Donbass republics. The German- and French-brokered protocols were designed to give the breakaway regions special status within the Ukrainian state.