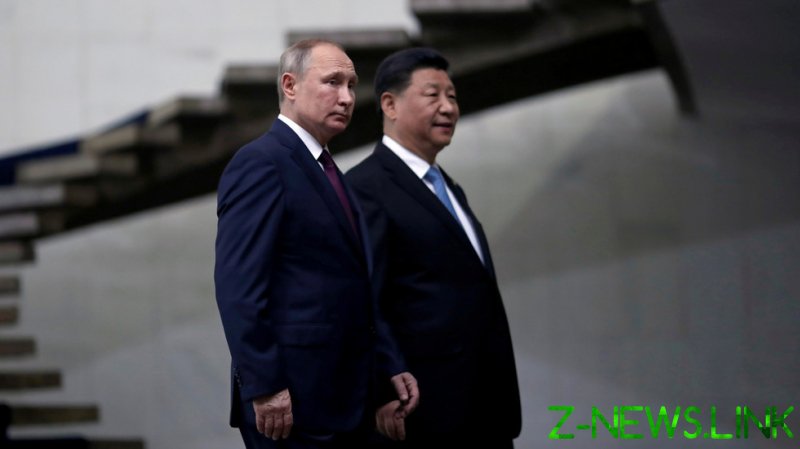 Russia and China: Strategic partnership or a marriage of convenience?

Thus, it’s expected that under the surface, centuries of distrust linger, and as China continues to grow, eventually, power rivalry and a “divorce” would follow.

Their common opposition to the US has indeed intensified the partnership, and historical distrust and power asymmetries between Russia and China must be managed. However, Beijing will not replace Washington as the nemesis of Moscow – instead Greater Eurasia is being organised as a multipolar region capable of accommodating Russia.

Russia’s vision of a multipolar order is not possible without a strong China. After the Western support for the 2014 Maidan coup in Ukraine, Russia ended its three-centuries-long Western-centric foreign policy and the post-Cold War ambition to integrate with the West. Russia replaced its ambition for Greater Europe with the Greater Eurasia Initiative that advanced economic integration on the supercontinent. At the centre of the Greater Eurasia Initiative is a strategic partnership with China.

The unipolar moment and continued containment of Russia

After the Cold War, the US embraced a security strategy based on world domination. This has been conceptualised benignly as a “liberal order” or “rules-based order” and common good for the world as stipulated by hegemonic stability theory. Yet, these terms and intentions neglect the underlying power considerations that perpetuate the containment of Russia.

Less than two months after the collapse of the Soviet Union, the strategic Pentagon paper, the Defence Planning Guidance (DPG), was leaked, which outlined a security strategy based on global dominance. Security and stability relied on preventing the emergence of any possible future rivals. The DPG advocated for missile defence to undercut Russia’s nuclear second-strike capabilities, which lay the foundation for nuclear parity and stability, as Russia was identified as “the only power in the world with the capability of destroying the United States”. In 2002, the security strategy of global dominance was formalised in the US Security Strategy, as world peace was believed to depend on no foreign powers even having the ambition to rival the US. The first sentence of the recently de-classified Indo-Pacific strategy of the US similarly states “how to maintain US strategic primacy”.

A unipolar security strategy is dangerous as power maximisation becomes the ultimate objective, as opposed to security. Security through global dominance is dangerous as it creates incentives for conflicts to marginalise adversaries and maintain security dependence by allies. US strategic planners cynically view escalating tensions in the Himalayas as an opportunity to bring India into the US fold and to distract China from the South China Sea. The domineering role of the US in Europe has similarly relied on finding a raison d’etre for NATO after the Cold War, which is achieved as conflicts emerge from expanding the military alliance towards Russian borders. The hegemonic security architecture defends from security threats caused by its own existence.

Russia’s aim to establish a multipolar order is not possible without the rapidly ascending China. Moreover, the growing power of China will not destine the collapse of the Russian-Chinese partnership as a multipolar system creates incentives for China to accommodate Russia.

Russia and China have different visions for an integrated Greater Eurasia, yet there are incentives for harmonising interests, as neither format is possible without cooperation with the other. Subsequently, even though Chinese influence in Central Asia competes with Russian influence, Beijing makes great efforts to include Russian interests. This stands in contradiction to Western unipolar policies that explicitly aim to peel away Russia’s neighbours.

Other powers across the Greater Eurasian region share Moscow’s objective of preserving Russia as an independent pole of power in a multipolar system. The obvious motivation is to prevent Russia’s pivot to Asia from merely becoming a pivot to China.

The West has similar incentives to accommodate Russia, although unipolar policies in a multipolar world result in self-harm.To be fair, both Germany and France have recognised that continuing to push Russia towards China will weaken Europe. Even the US has incentives to change course and cease hostilities: Washington could accommodate Russia in greater Europe and even support the Russian-led Eurasian Economic Union to restrain Chinese influence in Central Asia. However, the endeavour to restore US unipolarity is instead driving its key adversaries together.

The US is confronted with a dilemma as its relative power declines. Washington can accommodate a multipolar world order and use its leverage to maintain its leadership as the “first among equals”. Alternatively, the US can attempt to prolong its domineering role by containing rising powers, although then the new institutions will be without US influence and in opposition to the US.

The US has gone with the second option, which has predictably resulted in the Russia-China strategic partnership intensifying and taking on anti-American characteristics. Yet, the partnership is not dependent on anti-American sentiments. The changing international distribution necessitates Russia and China to deepen economic connectivity and construct institutions for a multipolar Greater Eurasian Region.