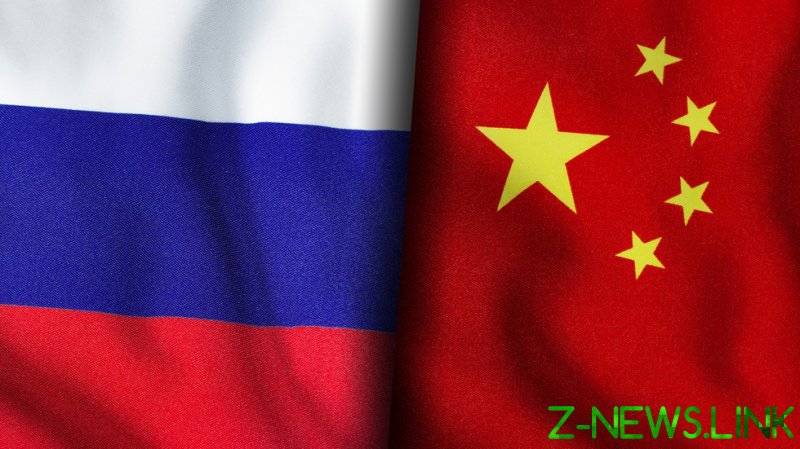 Speaking at a press conference on Tuesday with his Indian counterpart, Foreign Minister Sergey Lavrov told reporters that “Russian-Chinese relations have reached the best level in history.” However, he said, “these relations will not lead us to pursue the goal of creating an armed forces alliance.”

He criticized “talk of projects to create a ‘Middle Eastern NATO,’” noting, “recently people are even discussing whether an ‘Asian NATO’ could be formed.”

Moscow’s envoy said that “we have exchanged views on this matter. We share a common position with our Indian friends that this would be counterproductive.” Instead, Lavrov said, “we are interested in cooperation being inclusive and in favor of something, not against someone else.”

Relations between Russia and NATO countries have worsened in recent months. Last week, Lavrov was forced to deny claims from NATO’s general secretary, Jens Stoltenberg, who insisted that a breakdown in communications was Moscow’s fault alone. The foreign minister responded that there had been no talks held through a joint dialogue forum not because “we refuse to work, but because we just don’t want to sit there and hear about Ukraine.”

“NATO has nothing to do with Ukraine,” he said, “and yet when they offer to convene the Russia-NATO Council, they always insist that the first question should be about Ukraine. We sat down a couple of times, listened, we all know this.”

Over the weekend, amid reported clashes in Donbass and claims of Russian troop movements near its border with Ukraine, one of Kiev’s diplomats claimed that it would work with the bloc to prepare for a possible conflict.

He claimed that the drills will focus on areas “from the waters of the Baltic to the Black Sea, to put it bluntly, armed confrontation with Russia.”

As part of the wargames, Europe will see the largest deployment of US forces since the start of the 21st century. Around 20,000 American troops will participate, along with a 17,000-strong contingent from NATO member states and non-members like Ukraine.