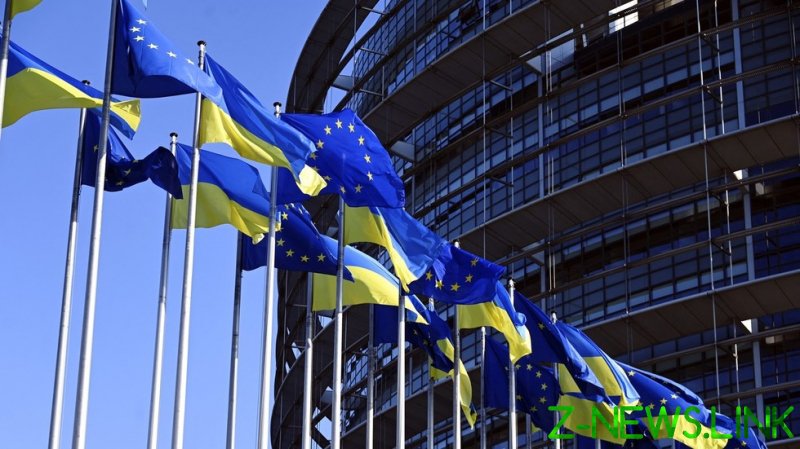 Russia has changed stance on Ukraine’s prospects of the EU membership, Deputy Permanent Representative to the UN Dmitry Polyanskiy has said. The membership now cannot be a part of any peace deal, the diplomat told the Unherd News in an interview on Thursday.

While originally Moscow was not concerned about the prospects of Ukraine joining the EU at some point of time, the position has shifted after the ongoing conflict broke out and Brussels took an extremely hostile anti-Russian stance, Polyanskiy explained.

“We were at this point not very worrying about the European Union, but the situation has changed after Mr. Borrell’s statement that ‘this war should be won on the battleground’ and after the fact that the European Union is the leader in deliveries of arms [to Ukraine]. I think that our position on the European Union now is more similar to NATO because we don’t see a big difference,” the diplomat stated.

The conflict has already escalated so far there’s little to no place for diplomacy left, Polyanskiy admitted. Lack of constructive dialogue, inability of Kiev to keep its promises, and Western efforts to prolong the hostilities contribute to such situation, he explained.

“At this point, frankly, I see no diplomatic possibilities given the position of Ukraine, given the fuelling of this conflict by the West. Being a diplomat, I have to acknowledge that there’s no way for diplomacy right now,” Polyanskiy said.

The diplomat refused to provide any estimates on for how long the conflict could go on. “I don’t have a crystal ball to predict such things,” he said.