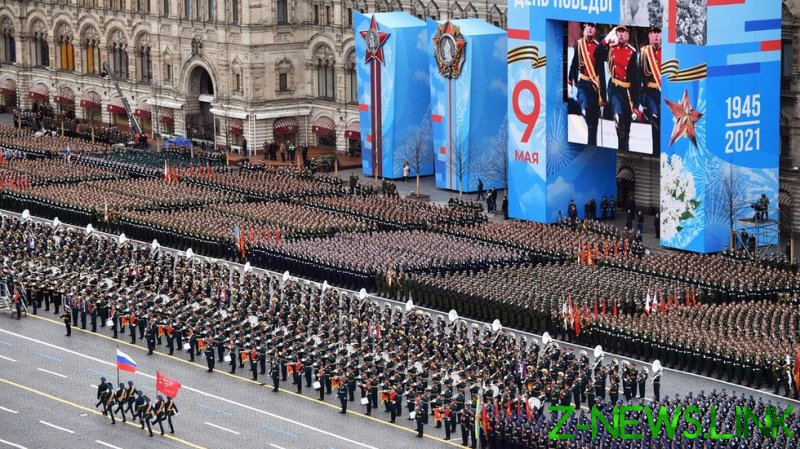 World War II is often called the Great Patriotic War in Russia, and May 9 is one of the country’s most revered holidays.

More than 12,000 uniformed soldiers, military police officers, national guardsmen and cadets marched through Red Square on Sunday shortly after a moment of silence was observed in honor of the millions killed in the war.

The number of participants was slightly scaled-down compared to last year when Russia marked the 75th anniversary of the defeat of Nazi Germany and its allies.

The victory in World War II played a “colossal historic role for the fate of the whole world,” Russian President Vladimir Putin said in his address.

“We will always remember that it was the Soviet people who had done this great act of bravery,” Putin said. He noted that the unity and courage of Soviet citizens ultimately led them to “accomplish what was thought to be impossible – vanquishing a merciless enemy… and unequivocally defeating Nazism.”

One of the traditional elements of the parade is the Victory Banner – the iconic red flag that was raised by the Soviet Red Army soldiers on the Reichstag building in Berlin on May 1, 1945. 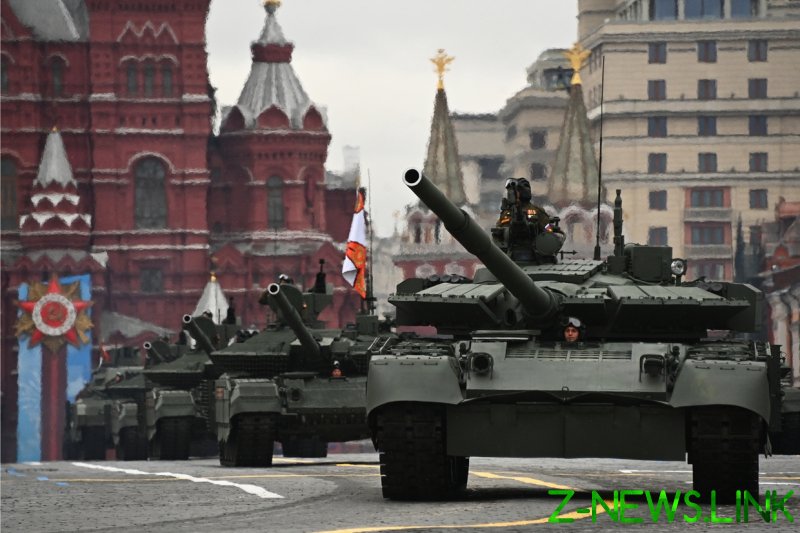 Typhoon-PVO armored vehicles took part in the parade for the first time. They are tailored for transporting anti-aircraft units and armed with a powerful machine gun to repel ground and aerial attacks. 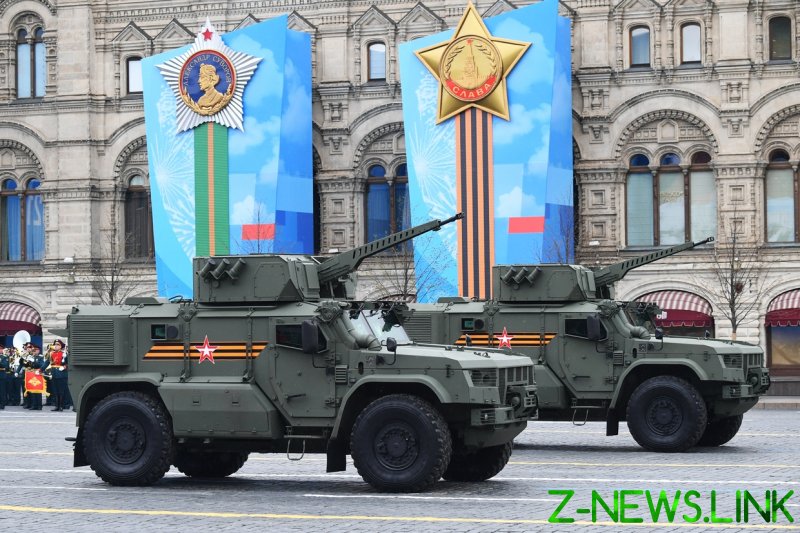 Other state-of-the-art weapons shown during the parade included Iskander-M short-range ballistic missile systems, which have a range of up to 500km (310 miles) and can strike targets with great precision.

S-400 air defense missile systems also made their way to Red Square. They can engage with aerial targets at a range of up to 400km and ballistic missiles up to 60km away.