Home / WORLD / Russia calls for reform of UN Security Council: Lavrov says West has ‘excessive representation’ and it should include more nations

Russia calls for reform of UN Security Council: Lavrov says West has ‘excessive representation’ and it should include more nations 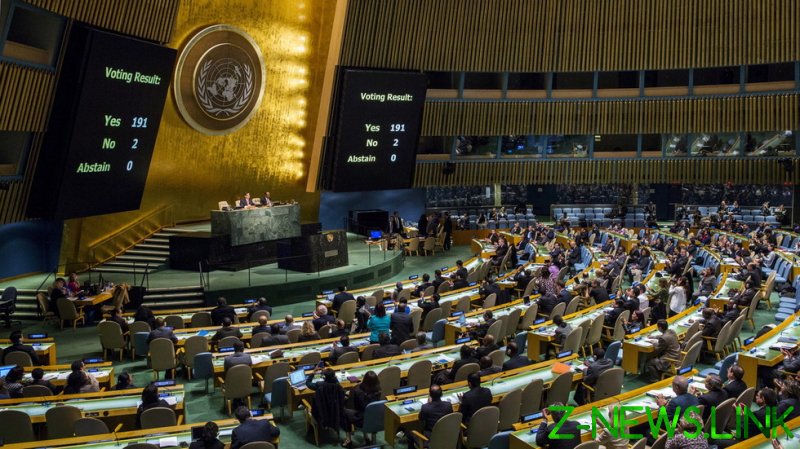 Writing for Moscow daily Kommersant, Lavrov said Western nations had too much power on the United Nations Security Council, and the proposed limitations would democratize international relations.

The Security Council, made up of 15 countries, includes five permanent members: China, France, Russia, the United Kingdom, and the United States. There are no permanent representatives from Africa, southern Asia, or South America. The other 10 places are taken up by nations on a rotating basis, with three members invited to join from Africa, two from the Asia-Pacific, one from Eastern Europe, two from Latin America and the Caribbean, and two from Western Europe. According to Lavrov, this setup favors Western nations.

“Efforts to bring more democracy to international relations and affirm a polycentric world order include reforming the UN Security Council by strengthening it with Asian, African, and Latin American countries, and ending the anomaly with the excessive representation of the West in the UN’s main body,” Lavrov wrote.

The existing instruments allow the West to “lay down the law” and censure any countries that break the unwritten rules of the so-called “rules-based world order,” he claimed.

The foreign minister also noted that the new US administration, led by President Joe Biden, had restored the ‘old world order’ of the G7 and NATO. A more “natural platform” for working out mutually acceptable agreements between “the leading economies, young and old” was the G20, he said, noting that it brought together the G7 (Canada, France, Germany, Italy, Japan, the UK and the US) and BRICS (Brazil, Russia, India, China, and South Africa).

Lavrov also expressed the view that Russia was offering a unifying agenda in international affairs, and that Moscow was open for fair dialogue with any nation that was seeking a balance of interest. “We will persist in promoting the emergence of an international-relations culture based on the supreme values of justice and [the] enabling [of] all countries, large and small, to develop in peace and freedom,” he wrote.

“We will always remain open to honest dialogue with anyone who demonstrates a reciprocal readiness to find a balance of interests firmly rooted in international law. These are the rules we adhere to.”