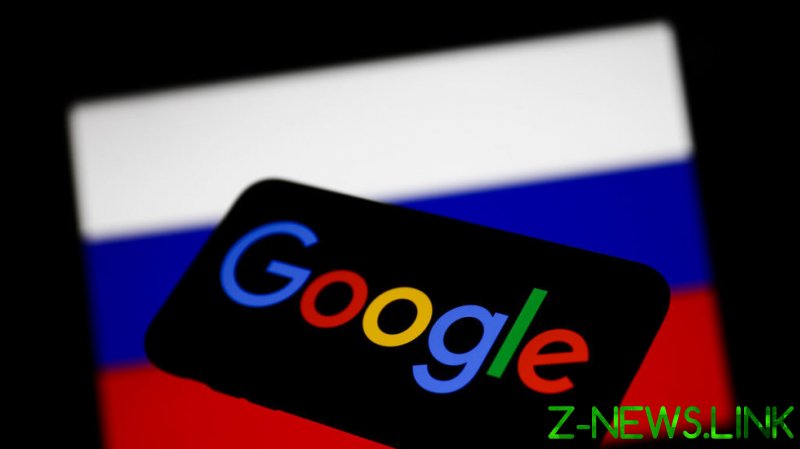 Google News is the latest in a growing list of news media services which have been blocked in Russia since February 24, when Moscow launched its “special military operation” in Ukraine. According to Roskomnadzor’s statement, access to Google News was restricted following a decision by the Prosecutor General’s Office.

The regulator claimed that the “American online news resource provided access to numerous publications and materials containing unreliable socially significant information about the course of a special military operation on the territory of Ukraine.”

Roskomnadzor noted in its statement that, according to a new Russian law, the public dissemination of “knowingly false” information about the actions of the Russian army was a criminal offense.

Several days ago, Roskomnadzor branded Google-owned video service YouTube “a weapon in the anti-Russia information war” and called on the company “to immediately stop any restrictions” against the Russian media outlets imposed on the platform.

Since the launch of Russia’s military offensive in Ukraine, both Moscow and Kiev have gone to great lengths in their crusade against “fake news.”

The new Russian law, cited by Roskomnadzor, could see those found guilty of disseminating “knowingly false” information about Moscow’s military operation imprisoned for up to 15 years.

Ukraine’s government, meanwhile, has outlawed 11 political parties, including the parliament’s second-largest one, Opposition Platform – For Life, for its alleged “connections” with Russia. Ukrainian President Volodymyr Zelensky also signed a law introducing a “unified information policy” that enables the merger of all national news TV channels into a single “round-the-clock information marathon.”

Russia and Ukraine have consistently blamed each other for spreading disinformation amid the ongoing conflict.

Russia attacked Ukraine in late February, following a seven-year standoff over Kiev’s failure to implement the terms of the Minsk agreements and Russia’s recognition of the Donbass republics with capitals in Donetsk and Lugansk. The German- and French-brokered protocols had been designed to regularize the status of those regions within the Ukrainian state.

Russia has demanded that Ukraine officially declare itself a neutral country that will never join the US-led NATO military bloc. Kiev insists the Russian offensive was completely unprovoked, denying claims it was planning to retake the Donbass republics by force.