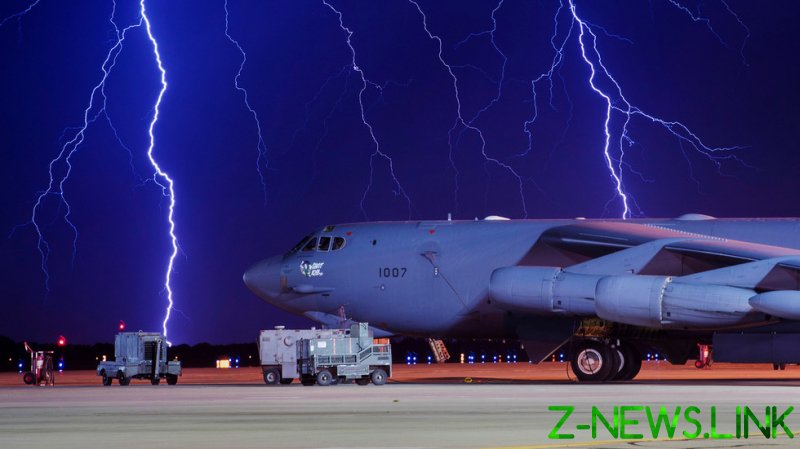 Responding on Friday to news that US Air Force B-52H Stratofortress bombers had flown over the Baltic Sea on several occasions earlier this week, the envoys slammed the maneuvers as “yet another provocation.”

In a statement, the officials said that “this saber-rattling is fueling tensions in Europe,” as well as arguing that it “darkens the atmosphere in anticipation [of the] Russia-US summit meetings.” Russian President Vladimir Putin is due to sit down for talks with his American counterpart, Joe Biden, in Switzerland next week. The White House pitched the summit as part of efforts to achieve “a stable and predictable relationship with Russia, consistent with US interests.”

The embassy went on to urge Washington to “radically reconsider its approach to security on the continent and stop dangerous activity in the vicinity of Russia’s borders.”

General Jeff Harrigian of NATO Allied Air Command and the US Air Force defended the move, saying that “the safety and security of our Baltic and Nordic allies is an enduring priority.” The program of exercises, he said, “is critical to ensuring we can always live up to the highest standard of support.”

The Boeing-52 Stratofortress first took to the skies in 1952, quickly becoming a mainstay of the US’ Cold War-era nuclear arsenal, equipped to carry atomic weapons and deliver its deadly payload in the case of all-out conflict with the Soviet Union.

The bomber entered public consciousness in Stanley Kubrick’s 1964 black comedy, ‘Dr. Strangelove or: How I Learned to Stop Worrying and Love the Bomb’. In the satire, an unhinged and conspiracy-obsessed American Air Force general orders the crew of a B-52 to attack the USSR, setting in motion a chain of events that risks ending the world.

With over half a century of service behind it, there is apparently no end in sight for the warplanes. After an upgrade was delivered in 2015, the last of the B-52s are expected to stay in the air until the 2050s.