Home / business / Russia became a champion by purchasing gold in 2019

Russia became a champion by purchasing gold in 2019 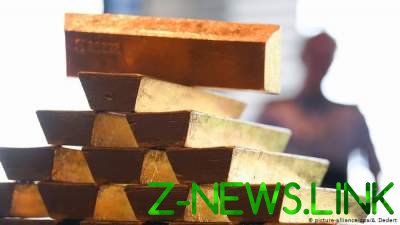 Moscow remains the largest buyer of the precious metal, as it reduces its investment in US Treasury securities.

Russia in the first quarter of 2019, along with China, was the world leader in volumes of purchases of gold. On Thursday, may 2,reported Bloomberg citing a report by the world gold Council (WGC).

“We continue to see high demand from Central banks,” said Alistair Hewitt, head of market analysis at the WGC.

As previously advised the Bank of Russia, on April 1, the volume of foreign exchange resources of the Russian Federation amounted to about 487,8 billion (436,4 billion euros). This is the highest figure in 2014.

Russia remains the largest buyer of the precious metal, as Moscow reduces its investment in Treasury obligations of the U.S. Treasury “as part of the process of de-dollarization”, according to Bloomberg.

See also:  The company Motor Sich presented their own helicopter

Regular purchasers of gold also remain Kazakhstan and Turkey. In addition, for the first time in 2014 joined by Ecuador. Their market activity also showed Qatar and Colombia.

In early February, the United States warned Russia against attempts to take out the gold reserves of the crisis-ridden Venezuela.