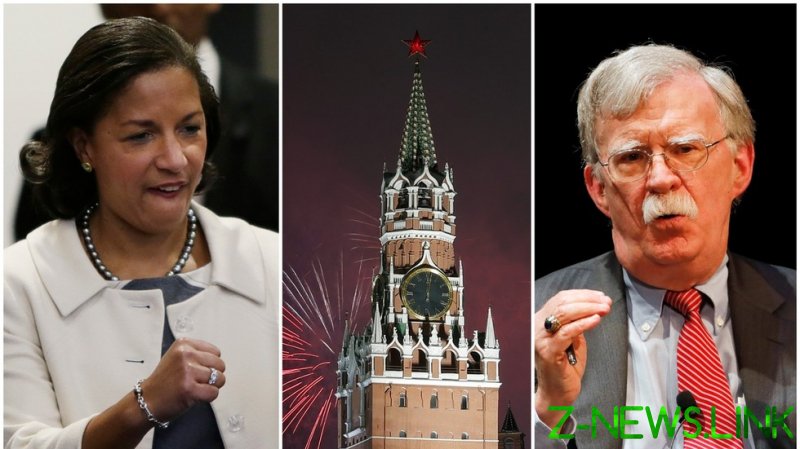 The latest round of retaliatory sanctions began on March 2, when the US Office of Foreign Assets Control joined the US Departments of State and Commerce to hit Moscow with a grand gesture presented as a “response to Russia’s poisoning and subsequent imprisonment of Russian opposition figure Aleksey Navalny.”

No convincing evidence has been presented that Navalny was poisoned with the lethal Novichok agent in August or that the Russian government was involved. The opposition figure recovered quickly enough to come up with and produce a film accusing President Vladimir Putin of owning a luxurious “palace” in the southern Krasnodar Region – a property Russian construction mogul Arkady Rotenberg later said he was the real “beneficiary” of.

Some of the materials shown in the film required Navalny or his team to have worked with the archives of the East German Stasi secret service – a fact that prompted some Russian officials to accuse Berlin of cooperating with the opposition figure. Navalny was treated in Berlin’s Charité hospital, but apparently chose to stay in Germany well after leaving the hospital. As a result, a Moscow court ruled that he effectively violated the terms of a suspended sentence he had been handed as part of an embezzlement case in 2014. Navalny was sentenced to a two-and-a-half-year prison term in Moscow in February.

Washington has demanded the immediate release of Navalny, who was also found guilty of defaming a World War II veteran and ordered to pay a $11,500 fine. The United States and its allies rushed to declare the sentencing “political.”

The US has repeatedly tried to justify its insistence that only Russia could have poisoned Navalny with Novichok – a poison that has become a household name in the West ever since the Skripal affair in 2018 – by insisting only Russia had possession of the Soviet-era nerve agent. However, the agent was produced in several other countries too. In 2018, former Russian military intelligence officer Sergei Skripal and his daughter were supposedly poisoned with the substance, only to survive and regain their health, despite the poison’s lethal reputation.

The US sanctioned seven Russian government officials on March 2, following the EU’s reasoning that the Novichok chemical could only have been administered by Russia’s security service, the FSB, as no other countries had access to its production. The Kremlin has denied having anything to do with the poisoning.