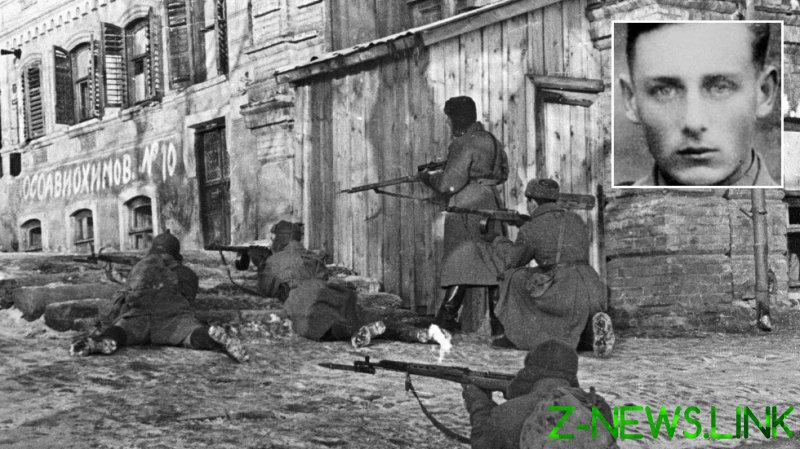 Helmut Oberlander, a 97-year-old former interpreter for a brutal German death squad that played a central role in the Holocaust, faces deportation to his homeland if a decades-long court battle comes to that conclusion. He has been accused of taking part in the wartime genocide of Russian Jews in Rostov-on-Don. The city is located near the Azov Sea in the south of the country and was the scene of heavy fighting when it was occupied by Axis forces on and off for nearly two years.

Alexander Bastrykin, the chairman of the Investigative Committee of Russia, told RIA Novosti on Monday that “all those involved in inhuman treatment of the population, genocide, murder of civilians and prisoners of war should be identified and condemned.” Even after death, he argued, “their names and crimes must also be made public.”

Bastrykin added that crimes against humanity have no statute of limitations, meaning that charges can be brought decades after they have taken place. He also paid tribute to the researchers behind the excavations and analysis of archives that shed a light on wartime atrocities that took place across the former Soviet Union.

Last week, lawyers for Oberlander filed a motion to dismiss immigration proceedings that could see him deported from Canada, where he has lived since 1954. The pensioner’s Canadian citizenship, acquired after the war, was stripped more than two decades ago because he failed to declare he was a member of the Einsatzgruppen, Nazi death squads that terrorized and exterminated civilians across Eastern Europe. However, a subsequent bid to have him removed from the country has faced significant delays.

Oberlander was just 17 when he began interpreting for the brutal Nazi brigade, which was charged with executing en masse those deemed “unacceptable.” The Einsatzgruppen is estimated to have killed around 1.3 million of the 5.5-6 million Jews murdered during the Holocaust. Romani gypsies, the clergy, academics, Soviet political commissars and alleged partisans were also targeted.

In the summer of 1942, Oberlander’s unit moved through Rostov-on-Don, one of Russia’s largest cities, located on the south coast around 1,000 kilometers from Moscow. Over the course of a year and a half, they were responsible for the deaths of around 27,000 people, liquidating the city’s Jewish community. Victims were stripped and lined up along a steep ravine before soldiers opened fire.

In an interview with Canadian broadcaster CBC, broadcast on Sunday, Natalia Yefimushkina, who lost her grandparents in the massacre, said, “They were standing up there on the top [of the ravine]. They were speaking in German, there were dogs, and [people were] crying.” She also asked about Oberlander living in Canada: “He’s living a quiet life there? He isn’t having nightmares?”

The former Nazi interpreter claims he was conscripted to the unit, and only remembers working alone and guarding a grain depot in the city. However, a fellow member of the unit, Leo Marr, told German investigators in the ’60s that Oberlander was more involved in the actions in Rostov. He alleged that his former comrade-in-arms had worked in a house where Jewish people were stripped of their clothes and belongings before being executed.

“Oberlander, the interpreter that I knew, came into our room with a girl of 19 or 20 years of age who still had her clothes on,” Marr said. “The girl was crying profusely and swore she was not a Jew, but Russian.”

Marr testified that Oberlander translated for her and told her she was free to go home. However, multiple investigations by Canadian authorities say they have found no evidence that he participated directly in the atrocities.

Others in Rostov-on-Don have questioned whether it was possible for him not to be complicit in the events. “Oh, he didn’t see how they shot people?” said Maya Rozina, whose grandparents and mother’s 13-year-old sister were killed. “How about when he had to translate ‘get naked?’” she asked. “He was blind, I guess? Well, I think for this, too, he should be punished. But not [just] deportation. This is not a real punishment.”