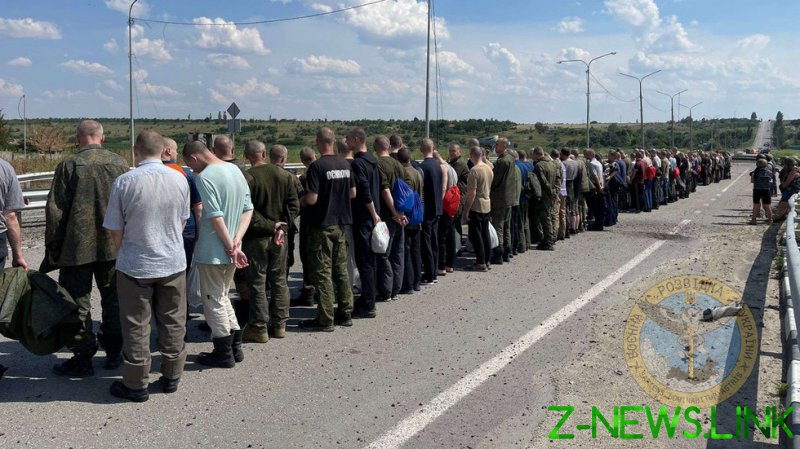 Russia and Ukraine held a new prisoner of war exchange on Wednesday. The swap has become the largest exchange since the beginning of the ongoing conflict, with each side surrendering 144 prisoners.

Ukraine’s military intelligence service was the first to announce the exchange, releasing photos of the swap.

The batch included 43 fighters with the notorious Azov regiment, Ukraine’s military intelligence noted. Hundreds of fighters of the neo-Nazi unit ended up in Russia’s custody after surrendering at the Azovstal steel plant in the city of Mariupol.

“We gave Kiev the same number of prisoners from the armed forces of Ukraine, most of whom were wounded. Several of them are privates of nationalist battalions, their condition is deplorable: the wounds are severe, with amputation of limbs and other complications,” he added. 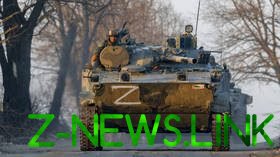 Both Russia and Ukraine claim to have captured scores of each others’ soldiers since Moscow launched its military campaign in the neighboring country in late February. Early in June, Moscow said it was holding nearly 6,500 Ukrainian fighters in custody. Ukrainian officials previously reported that 11 rounds of exchanges had taken place, with dozens of prisoners swapped.