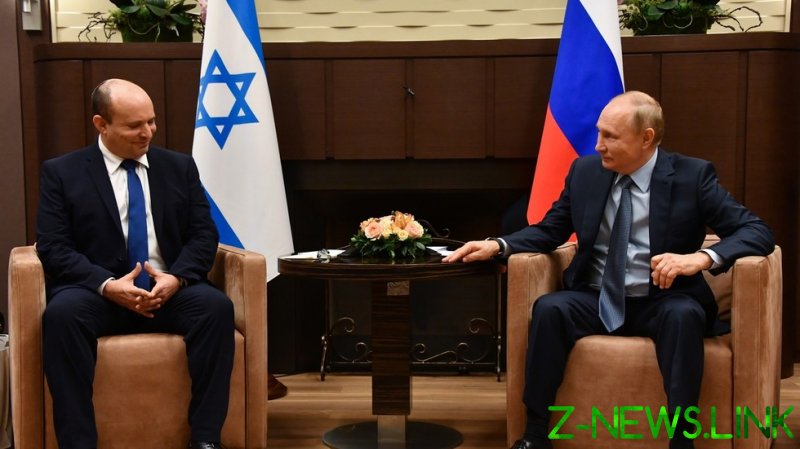 Speaking to the press at the start of a working visit to Bocharov Ruchey, the Russian presidential residence in Sochi, Bennett suggested that the two countries can work to build up their economic and political relationship.

“For the last 20 years, and even more, you have led the process of strengthening ties between our countries and brought them to this level,” Bennett said to Putin. “I would like to tell you in the name of our entire country, of all our people: we see in you a very close, true friend of the State of Israel and the Jewish people.”

According to the Israeli PM, the two leaders had planned to discuss “a large number of topics,” including the development of economic, scientific, and cultural cooperation.

Bennett’s trip to Sochi is his first official visit as head of government to Russia. The prime minister assumed office in June this year, following an agreement that will see Israel’s leadership rotate to coalition partner Yair Lapid in two years.

The visit coincided with the 30th anniversary of the restoration of full diplomatic relations between the countries, which was celebrated on October 18. On that day, Putin said that the two nations have “fruitful cooperation in many areas,” including the drive for “peace, security, and stability in the Middle East.”

“We are united by a resolute rejection of anti-Semitism, any manifestations of xenophobia and ethnic strife, as well as any attempts to falsify history and revise the outcome of World War II,” Putin said.