Home / policy / Russia and China are the main beneficiaries of globalism

Russia and China are the main beneficiaries of globalism 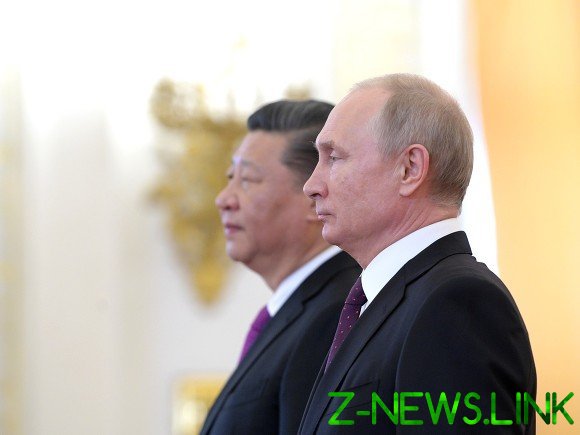 Interesting statement from the meeting of Putin and XI, which, as you can see by the reactions, it passed almost unnoticed: “Moscow and Beijing have opposed all forms of protectionism, including unilateral trade restrictions. They stated the intention to promote position on the need for WTO reforms aimed at the efficient working of its three key functions — monitoring, negotiation and options for dispute resolution”.

In other words, Russia and China now proclaim themselves the main agents of globalization. Statement grandparents — against another grandfather, trump, now in the world, the main agent of the limits of globalism.

This, by the way, about the dreams of our patriots, that, say, Russia lonely fortress is resisting “the onslaught of globalism”. No, Russia and China (and a host of Second and Third world countries) are the main beneficiaries of globalism. Outdoor markets, movement of capital, the internationalization of elites, etc. — for the sake of Russia destroyed the USSR, and China — Maoism. And that’s voluntarily abandon this globalism, which is taken to the world of the top 1% of the population of each country? It’s like that joke, why Russia will not win the First world in General and the bomb a nuclear bomb: “And then where to buy “Mercedes” and store the exported from Russia money?”.