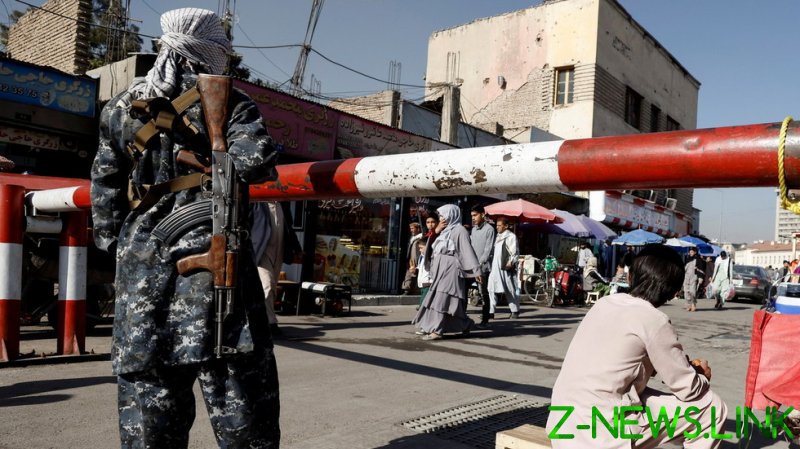 On Wednesday, Russian Foreign Minister Sergey Lavrov said that, “we once again request that Afghanistan’s neighboring countries prevent the military presence of the US and NATO on their soil, as they plan to move in there in light of the troop withdrawal from Afghanistan.”

Earlier that day, in an interview with Rossiyskaya Gazeta, Yuri Kokov, the deputy secretary of Russia’s Security Council, said that the US is seeking to boost its military presence in the region, under the pretense of conducting anti-terrorism operations.

Following Western troops’ withdrawal from the country in August, Russia has stepped up its presence in the region, staging joint exercises with former Soviet republics such as Uzbekistan and Tajikistan along the shared border.

On Saturday, a series of military exercises brought together forces from countries including Armenia, Belarus, Kazakhstan, Kyrgyzstan and Russia, from the Collective Security Treaty Organization (CSTO) in Tajikistan. Soldiers practiced repelling a simulated cross-border incursion from terrorists.

Earlier this year, as the Taliban gained ground against the US-backed government in Kabul, one of Russia’s top Defense chiefs, Anatoly Sidorov, head of the Joint Chiefs of Staff at the CSTO, said that countries neighboring Afghanistan were ready to repel any incoming attacks, with the help of Russian troops.

“We’ve seen the Taliban’s outposts. At least for now, we see no aggression coming from [them],” Sidorov said. “They are not hiding at all. It appears the situation is fairly peaceful on the [Afghan] side,” he said.

However, at the same time, Moscow has positioned itself as a peace broker in Central Asia, playing host to a delegation of political representatives from the Taliban. Despite the fact that the Islamic militant group is officially listed as a terrorist organization and banned from operating in Russia, officials have defended ongoing negotiations as part of efforts to restore regional stability.

During a meeting with Taliban envoys last week, Lavrov stressed that the new de facto government should use its power to prevent any future instability in the region.

“We call on the Taliban movement to strictly prevent anyone from using the territory of Afghanistan against the interests of third countries, primarily against the immediate neighbors of Afghanistan – the countries of Central Asia, our friends and allies,” he said. “In turn, we plan to use our opportunities for including them through the UN, SCO [Shanghai Cooperation Organisation], CSTO [Collective Security Treaty Organization], and other multilateral structures.”

In July, it was reported that Russia was considering the use of its bases in the region around Afghanistan by US troops for surveillance purposes. Russian President Vladimir Putin has previously insisted that the international community, including countries like China and Pakistan, must work together to ensure the region does not become a hotbed of terror and drug trafficking.