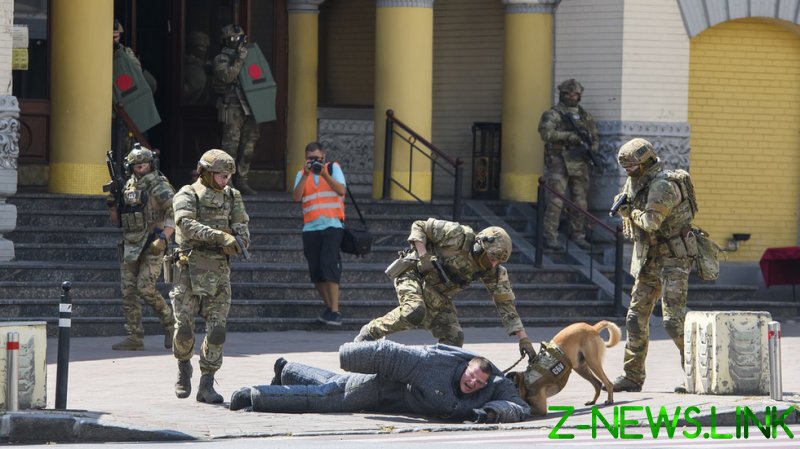 Ukraine has asked Britain, and other Western nations, to help after it came under pressure due to the alleged the mistreatment of prisoners of war, Russia’s Foreign Intelligence Service (SVR) said on Friday. Moscow believes Ukraine is in damage control mode after footage of the alleged torture of Russian soldiers in Ukrainian custody became public.

The Ukrainian government has informed Britain that “it has no intention to abide by the Geneva conventions when treating Russian prisoners of war,” the SVR claimed. In particular, Kiev informed London that it was not going to “offer enough food and medical assistance” to Russian captives at a time “when many Ukrainians lack them,” the statement said.

The SVR claimed it was part of a larger Ukrainian effort to deal with the negative publicity it faces over the mistreatment of prisoners. Human rights groups such as Amnesty International and Human Rights Watch have criticized Kiev for its policy of exposing Russian soldiers to public appearances, in some cases while being humiliated.

This week, footage of the apparent torture of Russian POWs by Ukrainian troops sparked condemnation worldwide. The graphic video was initially published on social media last Sunday. An aide to Ukrainian President Volodymyr Zelensky pledged to investigate the apparent crimes, stating that as a “European army,” the Ukrainian military does not harass prisoners. 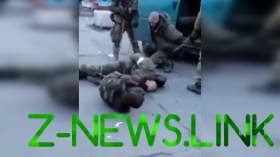 According to the SVR, Kiev has secretly launched an effort to prevent leaks of similarly incriminating videos in the future.

The Russian agency also claimed that the Ukrainian government asked its Western counterparts to help limit the exposure of Russian POWs to foreign inspections.

“We have specific intelligence of Ukrainian authorities convincing Western sponsors to influence the International Committee of the Red Cross and various international humanitarian NGOs so that they stopped attempts to gain access to Russian prisoners of war,” the statement said.

Britain, the SVR claimed, advised Kiev to organize a tour for international organizations to showcase its ability to treat prisoners well. This would help counter the bad publicity from the torture video, London allegedly suggested.

This intelligence indicates that Western governments are aware of war crimes being committed by Ukrainian forces and are willing to help Kiev cover them up, de facto becoming accomplices, the agency alleged.