Russia about to invade Ukraine, NYT insists after Bloomberg fiasco 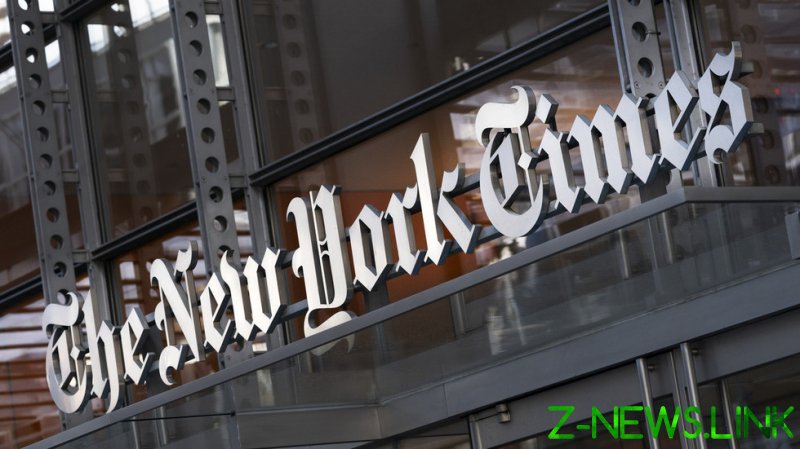 A new fear-mongering report regarding the alleged looming Russian ‘invasion’ of Ukraine was published by the New York Times late on Friday. The newspaper said it spoke to a “senior Ukrainian military official” who shared details of a highly sensitive assessment compiled by the country’s military.

According to the official, Moscow has recently deployed an additional 10,000 troops to the region. Additionally, “several units” in the Crimean peninsula have been put “on the Russian military’s highest state of military readiness,” the claimed. More forces, stationed in unspecified “other locations,” have been allegedly put on “the second highest level of alert.”

At the same time, the official implied that the supposed ongoing military buildup by Moscow was a part of its “real game of poker,” aimed at scaring Kiev and the West, rather than a sign of an imminent incursion.

“For now, they’re doing everything they can to panic us and panic the West,” the official said. 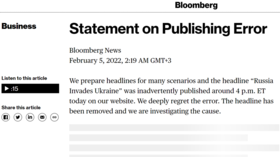 Should the ‘invasion’ actually happen, Russia is expected to start with “localized action,” and, should it be successful, Moscow may try to “expand the conflict zone,” the official noted. Still, Russia would be unable to sustain the offensive for more than a week in multiple directions, “because of a lack of supplies including ammunition, food and fuel deployed to front line positions,” as well as due to lack of “sufficient reserve forces,” the newspaper claimed citing the anonymous Ukrainian assessment.

The total number of troops located near the border between Russia and Ukraine is estimated to reach some 130,000 servicemen, the newspaper noted citing unspecified US and Ukrainian officials.

The New York Times report comes amid soaring tensions between Moscow and the West, centered around Ukraine. Over the past few months, top Western officials and media have warned repeatedly about an alleged imminent ‘invasion’ planned by Moscow. On Saturday, Bloomberg accidentally published a headline that read ‘Russia invades Ukraine’. It was later deleted, with the outlet apologizing and saying it will investigate why the story they prepared was unintentionally published.

No actual evidence to back up the allegations, however, apart from claims by anonymous sources and observation of troops’ movements inside Russia in relative vicinity to Ukrainian borders, has emerged.

Russia has consistently denied such allegations, maintaining it has zero plans to attack its neighbor. Moscow has also pointed out that it was in its full right to move its military units within its own territory wherever it pleases, rubbishing the claims that such maneuvers have been somehow related to the Ukrainian standoff.