Home / WORLD / Russell T Davies says gay roles should only go to gay actors. Artistic arguments aside, this will harm gay actors more than anyone

Russell T Davies says gay roles should only go to gay actors. Artistic arguments aside, this will harm gay actors more than anyone 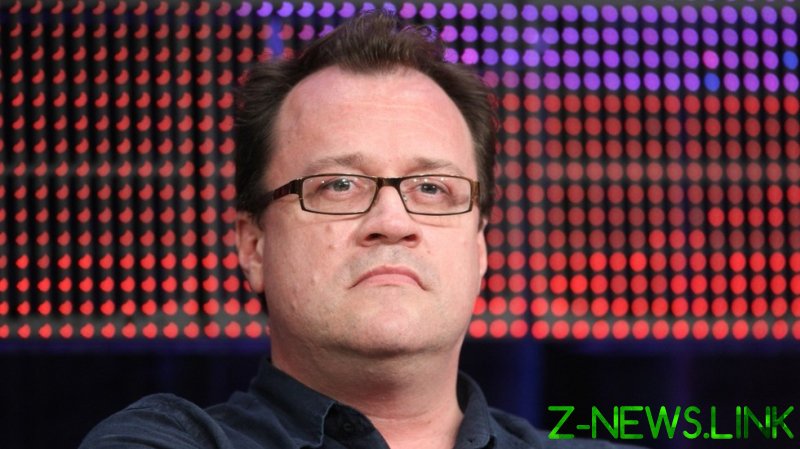 Let’s get something clear. Russell T Davies is an excellent screenwriter.

His blunt and brilliant drama about the Manchester gay scene ‘Queer As Folk’ was a rare example of a TV show actually being ‘ground-breaking’ and not just having the phrase slapped on its poster. ‘A Very English Scandal,’ about the Jeremy Thorpe affair in the Seventies, nailed the bizarre British relationship with class and sexuality. ‘Years And Years’ was a dystopian tale to rival Orwell and made Emma Thompson the first actor to have a fascist despot and a magical nanny on her IMDb page.

And, of course, he not only brought back ‘Doctor Who’ but somehow did it really well.

However, while publicising his latest show ‘It’s A Sin’, an Eighties-set series about the AIDS crisis (with a banging soundtrack, by the way), Davies told the Radio Times that gay roles should only be given to gay actors.

“I’m not being woke about this but I feel strongly that if I cast someone in a story, I am casting them to act as a lover, or an enemy, or someone on drugs or a criminal or a saint,” he said. “They are not there to ‘act gay’ because ‘acting gay’ is a bunch of codes for a performance.”

He added: “You wouldn’t cast someone able-bodied and put them in a wheelchair, you wouldn’t black someone up.”

Sorry, Russell, but there are some issues here.

From a purely artistic point of view, it would have robbed us of some of the great cinematic performances. ‘God’s Own Country’, ‘Philadelphia’, ‘Brokeback Mountain’ and ‘Milk’ are just a few masterpieces that cast ostensibly straight actors as gay men to magnificent effect.

You can also add Davies’s own work to the mix.

‘Queer As Folk’, ‘A Very English Scandal’, ‘Cucumber’ and ‘Bob & Rose’ all had gay characters played by straight actors. Would they have been better with gay actors? It’s impossible to say but if anyone could have outplayed Hugh Grant as Jeremy Thorpe, I’d have loved to have seen it. (Likewise, the openly gay Ben Wishaw as his alleged lover and victim Norman Scott.)

I’m not accusing Davies of hypocrisy – people are allowed to change their minds – but would he really re-cast all of those shows?

Artistic arguments aside, a far bigger problem is the harm his ‘rule’ would do to gay actors. It would damage them, professionally and psychologically, more than anyone else.

First of all, it would allow people to argue that straight roles should be played exclusively by straight actors. When you consider how many more straight roles are available, this would leave gay actors stuck in a relatively small homosexual pigeon hole, their thespian wings clipped.

How often has a gay actor produced a masterful performances while playing a straight character? Well, we don’t actually know, and that brings me onto the next point.

Davies’s comparison with ‘blacking up’ is a false one. An actor’s skin colour or ethnicity is not something they can choose to disclose. It’s not a private matter. As many a black entertainer has quipped, they didn’t ‘come out as black.’

Sexuality is different. Throughout history, and very much so in the world of cinema, people have hidden their sexual orientation. Rumours churn through the mill, but their lips remain sealed.

This has been for understandable reasons. They might have wanted to avoid persecution or discrimination. They (or their bosses) could have wanted to avoid ‘tarnishing’ their sex-symbol brand. And sometimes they simply haven’t wanted people to know. It’s nobody’s business but theirs.

If casting directors began to demand gay actors for gay roles, that could force often young, desperate and vulnerable people in a brutally competitive industry to reveal, explain and perhaps even prove their sexuality.

These people might be confused about the way they feel, or haven’t told their family, or they might consider themselves bisexual or pansexual or any other label that they might not want to have stuck on their very public CV.

In no world is it right or healthy to apply pressure on someone to come out as anything if they don’t want to.

I’ve interviewed hundreds of actors, from nameless extras to the biggest and best on the planet. Nearly every single one of them has something in common: they want publicly to be a blank canvas (easier for some than others, I assure you) so that as little of their true self is seen in the characters they play.

Let’s give gay – and straight – actors that. We’ll all be better off for it.