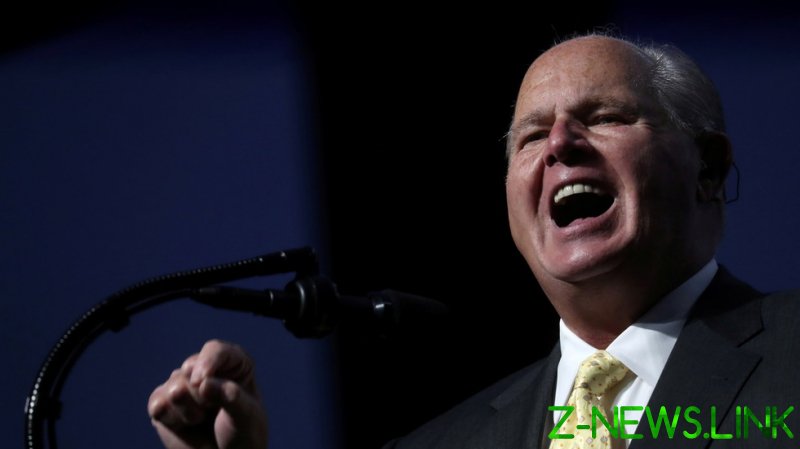 Limbaugh’s wife Kathryn made the announcement on his radio show on Wednesday.

In January 2020, Limbaugh had told his audience that he had stage IV lung cancer and might be absent from the air for treatment. He was not expected to survive. The following month, President Donald Trump honored him with the Medal of Freedom, which the surprised radio host received from the first lady during the State of the Union speech.

Limbaugh started his radio show in 1988, going into syndication on 56 stations. It has since expanded to over 600 stations and had up to 27 million weekly listeners. He pioneered the field of conservative talk radio, becoming a beloved figure on the Republican side of the US political divide – and a reviled one among the Democrats.

His fan base was known as “Dittoheads,” as they would say “ditto” when agreeing with Limbaugh’s arguments.

Critics and fans alike agree that Limbaugh’s influence on US politics and public discourse was substantial.

He was admitted into the Radio Hall of Fame and the National Association of Broadcasters Hall of Fame, and won five Marconi Awards for “Excellence in Syndicated and Network Broadcasting,” among other honors.

Limbaugh smoked cigars for decades. In 2001, he went deaf due to an autoimmune condition. He avoided what would be a death knell for a radio host’s career by receiving a bionic cochlear implant. Two years later, he went into rehab for an addiction to prescription opioids. He came back to radio, however, and championed Trump during the 2016 campaign and afterward.

In his last broadcast of 2020, he rejected president-elect Joe Biden’s description of America’s “darkest days” still being ahead and argued it is no time to panic, and “it will never be time to give up on the United States,”