Home / WORLD / Rumors that Superman is turning gay show that it’s wokeness, not Kryptonite, that now poses his biggest danger

Rumors that Superman is turning gay show that it’s wokeness, not Kryptonite, that now poses his biggest danger 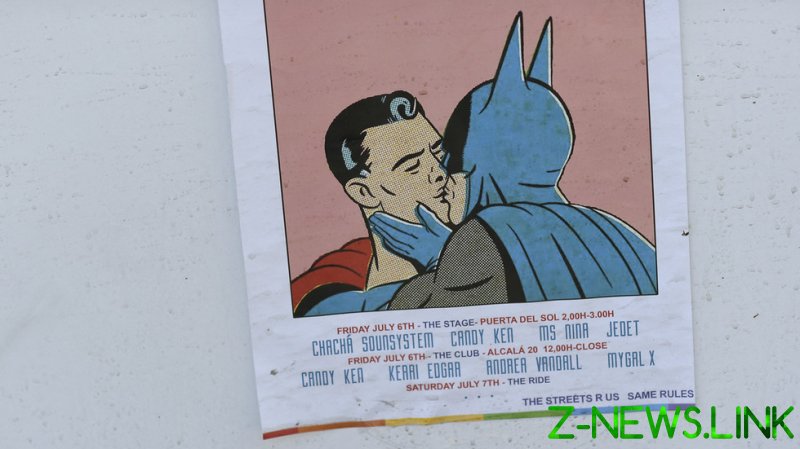 In his 83 years of existence, Superman has been the gold standard by which all other superheroes are judged. Created in 1938 by writer Jerry Siegel and artist Joe Shuster, he’s become the most iconic comic book character ever – recognized the world over as a paragon of what it means to be a true hero. And in the golden age of comics, Superman came to embody the ideals of America itself, his motto being “truth, justice, and the American way.”

But all that is changing, for some reason. In the growing age of woke Hollywood, where Americanism is looked down upon in favor of globalist ideals, Superman is slowly being stripped of everything that makes him, well, Superman.

As DC Comics continues to struggle with its publishing arm (and some would argue, its movie and TV arms as well), the publisher has taken the questionable strategy of ‘wokifying’ the world’s greatest superhero at the risk of alienating generations of fans, for the sake of cheap political points with a crowd that doesn’t seem to read or care about comic books.

It started back in July when DC officially removed “the American way” from the character’s iconic catchphrase. The line now goes: “Truth, justice, and a better world.”

This is, of course, not coming from the Superman we all know and love. Instead, it’s Superman’s prospective successor – his son, Jonathan Kent.  With this new character, DC aims to retire the ‘old and broke’ Superman in favor of a ‘new and woke’ one (who isn’t quite as patriotic as his daddy, it would seem).

But this is just the latest attempt by the publisher to politicize the Man of Steel.  No longer is it good enough for Superman to be the protector of the Earth and all its people. Now, he has to embody the political leanings of whoever is running DC Comics, while alienating others.

Over the years, there have been numerous attempts to inject ‘wokism’ into Superman. The pro-illegal immigration argument was brought to the forefront during the Trump era, with DC Comics coming out and saying that Superman is technically an ‘undocumented immigrant’, and therefore enforcing America’s immigration laws is immoral.

And as critical race theory gains more institutional support from politicians and the Hollywood elite, there’s even been a push to race-swap Superman and make him black. Director/producer JJ Abrams has teamed up with African American novelist and racial activist Ta-Nehisi Coates to possibly re-imagine the Man of Steel as the Man of Color in an upcoming reboot of the movie version of Superman.

But probably the most blatant pandering change to Superman is the possibility that the character will come out as gay. A recent rumor, first expressed by former DC artist Ethan Van Sciver on his YouTube channel, claims that the publisher is considering doing away with Clark Kent entirely and having his son Jonathan take over while joining the ranks of the LGBTQ community.

“I have a source within DC Comics who is aware of the project and notified me about it in exasperation,” Sciver said when reached for comment about the rumor. “I’m told it’s a few issues away. I’m confident in my source, but perhaps by leaking the news, I may have altered the course of Jonathan Kent’s sexual identity. We’ll see!”

Sciver went on to say that the decision to replace Clark Kent with his (possibly) homosexual son isn’t just about scoring woke points with the left, but actually has a lot to do with the various licensing issues around the original character.

“DC is quietly in constant negotiation with the families of the creators of their golden age IPs, as trademarks expire and return to their hands. This is a taboo discussion for DC employees and creators, but ‘Superman’ is always undergoing minor changes to his appearance. His ‘S’ logo is always being updated, etc.,” explained Sciver. “New versions of ‘Superman’ are always being offered to maintain the rights to create ‘Superman’ comics, product and media. This Jonathan Kent character might be a part of that effort.”

It’s not unusual for publishing companies to try to ‘shake things up’ when sales are in a slump, as they seem to be with both DC Comics and Marvel Comics (despite Marvel’s successes in the movie and TV industries). However, their insistence on doing so by adopting political messaging as a business tactic – as opposed to entertaining and politically inclusive storytelling – only seems to be accelerating their descent.

“The comics biz is a disaster right now,” Sciver continued. “It doesn’t seem as though anyone is trying to make money by producing sellable, desirable, collectable comic books. Most creators are using the media of comics to attempt to pitch television shows and movies to Netflix. They’re trying to attract media attention by virtue signaling their diversity and inclusion initiatives. There’s a palpable sense of desperation.”

Indeed, in the wake of the Warner Media shake-up of AT&T handing the company over to Discovery, there seems to be talk of Warner licensing out its comics publishing or simply getting out of the business altogether, using the comic book IPs for movies and television rather than the graphic storybooks entire generations grew up on. And this possible future for DC Comics seems to be exacerbated by its continued insistence on prioritizing politics ahead of its customers.

“The peer pressure within the mainstream comic book industry to either espouse woke politics, or to face ostracization and loss of work, became unbearable,” explained Sciver. “Cancel culture thrives within comics, and that’s why ComicsGate, a movement to push back against these social poisons and towards creative freedom for creative people, is so important right now. ComicsGate uses crowdfunding and social media to fund and promote independent comic books, and it’s where the most important creative voices in sequential storytelling are being nurtured today.”

Even though it is not yet official that DC will be making Superman gay, it has already set the stage by making Batman’s sidekick, Tim Drake, bisexual.  Although under the guise of ‘representation’, the move displays a commitment to woke propaganda rather than commitment to its audience, who have been fans of these characters for decades. Why make characters who are solely defined by their sexuality?  Why not make multi-faceted, interesting, heroic characters fans can look up to instead of forcing established characters into new and incompatible molds?

Because Hollywood – whether it be the publishing industry or the movie and TV business – knows there is not a large enough woke audience to cash in on these changes. The woke demographic don’t read comic books, nor do they care about the history of these cherished characters. They simply care about the messaging (which they never bother to support with their pocketbooks). So, the tactic in the entertainment industry has been to try to convert existing fanbases to a new belief system, via the politicizing of beloved characters – a strategy fans have rejected time and time again.  A fact the comic book industry seems to refuse to learn, despite its plummeting sales numbers.

There is no problem with having LGBTQ superheroes, or superheroes of color, or even superheroes who represent alternative political beliefs. The real issue at play is the hollow corporate pandering and virtue signaling at the expense of fans who have supported them for close to a century. And because of this, the entire comic book industry is potentially facing extinction.

Superman may be able to fight against some of the universe’s greatest villains, but it seems even he is not mighty enough to withstand the anti-American, anti-fanbase, anti-fun propagandists in charge of the comic book industry. His greatest weakness used to be Kryptonite. But now? It’s wokeness.