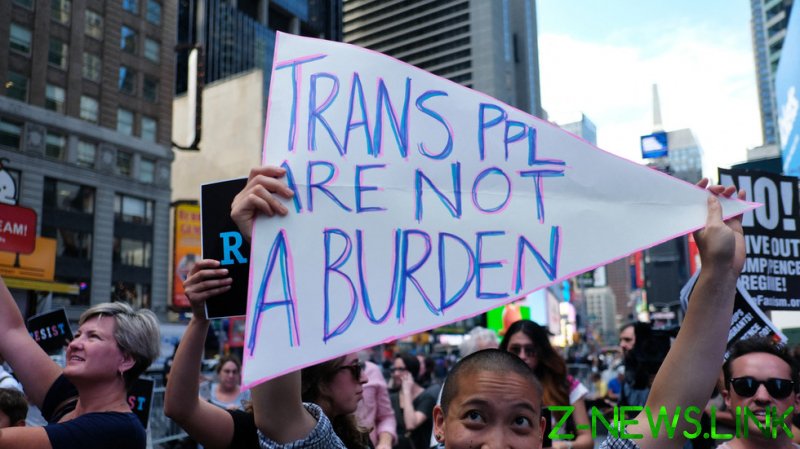 The tribunal in British Columbia found in favour of restaurant waitress Jessie Nelson, who regards herself as a non-binary, gender fluid, transgender person.

Nelson was fired from her job after asking the bar manager to stop using the pronouns ‘she/her’ and refer to her as ‘they/them’. What is really significant about the case is not that the tribunal awarded Nelson $30,000, but that it considered her human rights to have been breached.

In recent years Canada has been in thrall to transgender ideology. Four years ago, the Canadian parliament passed Bill C-16, an amendment to the Canadian Human Rights Act. The new law added gender expression and gender identity to the act. In effect, this paved the way for criminalising those who fail to use the pronoun preferred by an individual.

Bill C-16 provided the legal basis for the tribunal’s insistence that the failure to validate the identity of a trans person constitutes a violation of human rights. The head of the tribunal stated, “Especially for trans, non-binary, or other non-cisgender people, using the correct pronouns validates and affirms they are a person equally deserving of respect and dignity.”

In effect, the transformation of correct pronoun usage into a human right is a roundabout way of stating that the demand for the validation of one’s identity must enjoy the protection of the law. Thus, the failure to call someone who was born a man and looks like a man a ‘ze’ or an ‘it’ or ‘they’ is not only a cultural crime, but also an offence that can be punished by the criminal justice system.

And so the transgender movement in Canada possesses the right to not only demand how they want to be seen and spoken about, but also to determine the words that the rest of the population can use.

The ethos of transgenderism represents a fundamental attack on the freedom of expression. It is worth noting that when the Universal Declaration Of Human Rights was codified in 1948 it said nothing about pronouns or validating anyone’s identity. It did, however, recognise the Freedom of Thought and the Freedom of Expression as being among the 10 basic human rights.

The invention of a new human right that requires the unquestioned validation of a demand for identity not only violates the Freedom of Expression but also calls into question the Freedom of Thought. In effect, Bill C-16 demands that people should no longer think that humankind consists of males and females, but adopt an outlook that is alien to their thoughts.

It elevates the validation of identity to a first order principle and reduces the freedom of expression to a negotiable commodity.

Of all the identity related dogmas, that of transgenderism is the most dangerous. It does not merely insist on the right to police language, but also to alter the way we think about sex, biology and gender.

In recent years many commentators joked and made light of the childish demand for being called ‘ze’ or ‘they’. It was assumed this infantilist demand for reinvention would go away and people would come to their senses. What they failed to realise is that in an age where identity has become thoroughly politicised, there can be no return to the old normal. Transgenderism is the most systematic expression of the politicisation of identity and therefore its most authoritarian manifestation. Its demand to abolish the normal usage of pronouns is no joke.

As George Orwell warned in 1984, “The party told you to reject the evidence of your eyes and ears. It was their final, most essential command.”

When the evidence of eyes and ears are negated by dogma, it is evident that society is in big trouble. When it embraces the childish outlook of transgenderism it implicitly acknowledges that it has lost the capacity for serious thought. And that represents the point of departure for the adoption of a life of cultural serfdom.