Home / WORLD / Rules for thee, not for moi? Probe launched over French media reports on ‘secret dinners for ministers’ that flouted Covid rules

Rules for thee, not for moi? Probe launched over French media reports on ‘secret dinners for ministers’ that flouted Covid rules 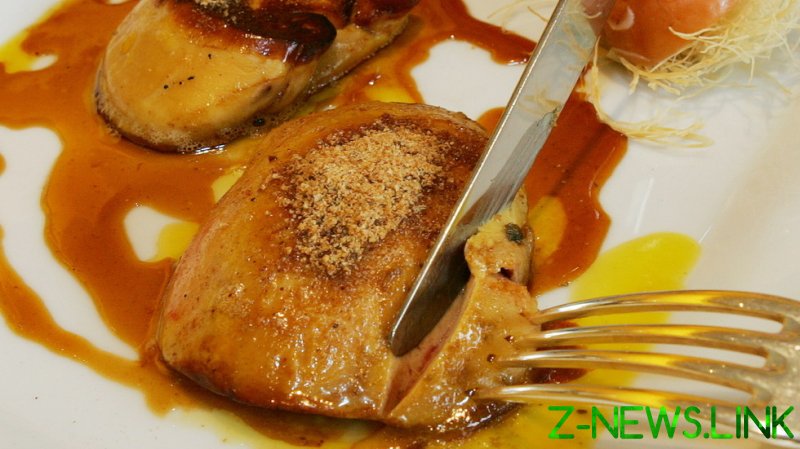 French cuisine may be a national treasure, but last week it led to a national scandal following media claims that wealthy aficionados have been partaking in it secretly and in violation of Covid-19 restrictions. Some of the alleged rule-breakers may even hold senior government positions.

The furor started on Friday evening, after French TV channel M6 aired a report alleging that clandestine dinners had been served at an “underground restaurant located in a beautiful part” of Paris. Hidden camera footage broadcast by the station showed a regular expensive restaurant operating without any regard for the Covid-19 rules – no masks (which are reportedly prohibited on the premises), no social distancing, and no restrictions on the number of guests.

The report was met with outrage from ordinary people who have had to live under strict social distancing rules meant to curb the spread of the virus. Pouring fuel on the flames was an anonymous person who was said to be an organizer of the secret parties, and who claimed to have dined at “two or three restaurants this week,” and saw government ministers doing the same.

The speaker was later identified by the French media as Pierre-Jean Chalencon, the owner of the Palais Vivienne restaurant, which is located in the center of Paris and appears to be the location filmed by M6. With his name exposed to the public, the businessman said he was simply joking when he made the claims, and said he has “an absurdist sense of humor,” adding that he never witnessed any officials partaking in inappropriate meals.

Nevertheless, the Paris chief prosecutor, Remy Heitz, announced on Sunday that his office launched a criminal investigation into the alleged clandestine dining. Interior Minister Gerald Darmanin said he personally asked Heitz to get to the bottom of the situation and prosecute any organizers and participants accordingly.

Some French officials condemned the reported flouting of Covid-19 regulations and said violators should be punished regardless of their rank. “If ministers or deputies have broken the rules, they must pay fines and be penalized like any other citizen,” Marlene Schiappa, who serves as a junior minister attached to Darmanin, said in an interview with Europe 1 radio.

Government spokesperson Gabriel Attal said he doubted any top officials would break the rules by partying in secret. The official’s name was mentioned by Chalencon in a video published on YouTube in early February, in which the restaurateur claimed he was expecting “my friend” Attal to come soon to his place for dinner. Attal said he learned about the claim “with astonishment” from Twitter amid the ongoing scandal and denied visiting Chalencon.