Home / WORLD / Ruh roh? Cheerleading coverage of Biden shows both media and US have gone to the dogs

Ruh roh? Cheerleading coverage of Biden shows both media and US have gone to the dogs 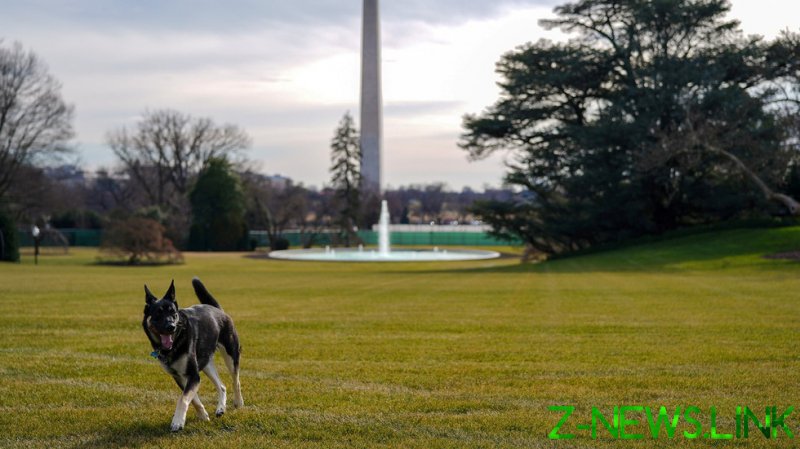 There is an interesting phrase in the English language for something that has deteriorated or fallen apart: “gone to the dogs.” Whatever its origin or provenance, it now literally applies to the news agencies and major outlets that interrupted their regular fawning over President Joe Biden’s bold, transformative agenda to report on the ongoing misadventures of his German shepherds, Major and Champ.

“Ruh roh! Biden pooch drops doggie doo in White House hallway” is how the Associated Press (AP) chose to cover “news” that one of the dogs defecated on a presidential rug, which was noticed by reporters in the First Lady’s entourage.

Oh, and Major – the 3-year-old dog that was sent to Delaware earlier this month after biting a staffer – once again “nipped someone” while on a walk this week, which is apparently also newsworthy.

Now, it’s true that ratings are going down across the board now that the Bad Orange Usurper Whose Name Shall Not Be Mentioned – who didn’t even have pets! – has been banished from the hallowed halls of Our Democracy.

That’s a small price to pay, however, for having someone so “moral and decent” at the White House that his mere presence can drive a tide – of illegal immigrants, that is.

When they’re not covering the misadventures of the First Dogs, the press is plumbing the depths of cringe in their worship of the 78-year-old figurehead while grooming the country for his imminent successor.

By way of just two examples – and they are a legion – here’s CNN, declaring the $2 trillion infrastructure plan and tax hike a “window into Biden’s soul,” while the Washington Post calls it “the kryptonite that will defeat Trumpism.”

One would think the joke would be on the Post, whose boss Jeff Bezos also owns Amazon – a company that was supposedly singled out by Biden for not paying more in taxes. Funny thing is, when you own the media, you can set the Narrative and pretty much shape reality; that, at least, is the biggest lesson of 2020.

It’s ironic on several levels that the person who summed it up best was former Congresswoman Katie Hill – who the media covered for even as she resigned from the House in October 2019 over improper sexual relations with a staffer.

“The dogs are Biden’s tan suit,” she tweeted on Wednesday, referring to the widespread but erroneous belief in Washington that Barack Obama’s choice of couture was the only “scandal” of his presidency.

Indeed, coverage of the Biden dogs – and rumors of the possible First Cat – has been the go-to tactic of the press as the POTUS doggedly dodged the media eye for his first two months in office.

After all, if it weren’t for the furry critters, journalists might face calls to cover actual issues. Someone might be tempted to ask how Biden can claim to be a champion of the “great American middle class” when lockdown policies championed by Democrats have crushed small businesses across the US while enriching the mega-corporations like Amazon, for example.

An old-school reporter might be tempted to ask what Biden meant by “Wall Street didn’t build this country—the great American middle class did.” Was that a repudiation of Obama’s famous “you didn’t build that” speech, or the current woke dogma that the country was actually built on the backs of slaves? This kind of heresy just begs for a fact check…

Oh, who are we kidding; people who are “morally right” rather than “factually and semantically” so don’t get fact-checked, those are reserved for wrong-thinkers only.

So don’t ask questions, try to find logic in things, or even bother thinking – the media will tell you “what you need to know” and how you should feel instead. Grandpa Joe and “Momala” Harris are in charge of the government and they’ll take good parental care of you. Look there, aren’t those puppers just so dang cute?