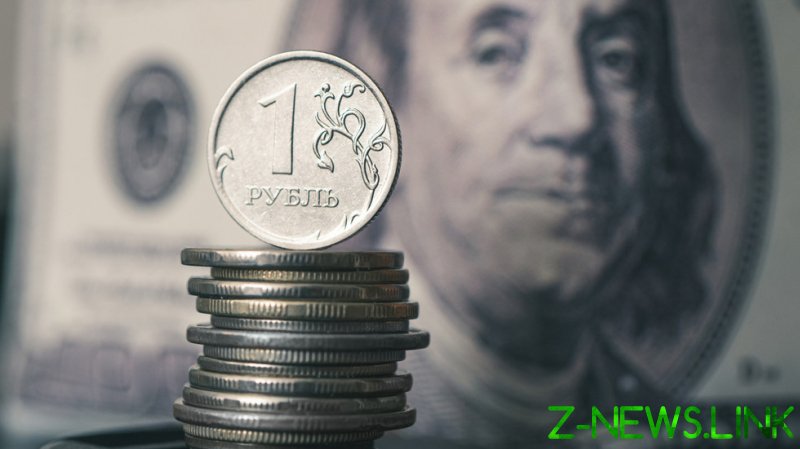 The Russian currency was trading at around 72 rubles against the greenback on Wednesday as oil prices hit a 26-month high, and the country’s monetary regulator hiked key rates to rein in inflation. Meanwhile, Russian bond yields rose last week even as US yields retreated.

“There’s likely to be more room for further gains in the ruble in the near term as oil prices and local bond yields rise further,” Emerging Markets Economist Liam Peach told CNBC, commenting on further moves in the Russian currency.

The analyst added that the Wednesday summit of Russian President Vladimir Putin with his American counterpart Joe Biden may “spark a further rally in the ruble,” as it could result in a more cooperative relationship between the two countries.

On Friday, the Central Bank of Russia increased the key interest rate by 50 basis points to 5.5%, marking the third consecutive hike since March. The regulator is looking to quiet down annual consumer inflation of 6%, the highest since 2016.

The ruble has been gaining strength since the Russian Finance Ministry announced that Moscow sold $5 billion of US currency from Russia’s National Wealth Fund in May alone. Earlier, Russian Finance Minister Anton Siluanov said the share of dollars in the fund would be reduced to zero within the next month.The move came as part of the nation’s broader campaign to reduce exposure to the greenback in its currency reserves and make the country less vulnerable to Western sanctions.

Last week, the ministry announced plans to shift the country’s foreign currency liquidity from the US dollar to the euro. Meanwhile, Russian Deputy Prime Minister Alexander Novak said that Russia may soon be tempted to move away from dollar-denominated crude contracts if the US administration continues to pile up targeted economic sanctions.