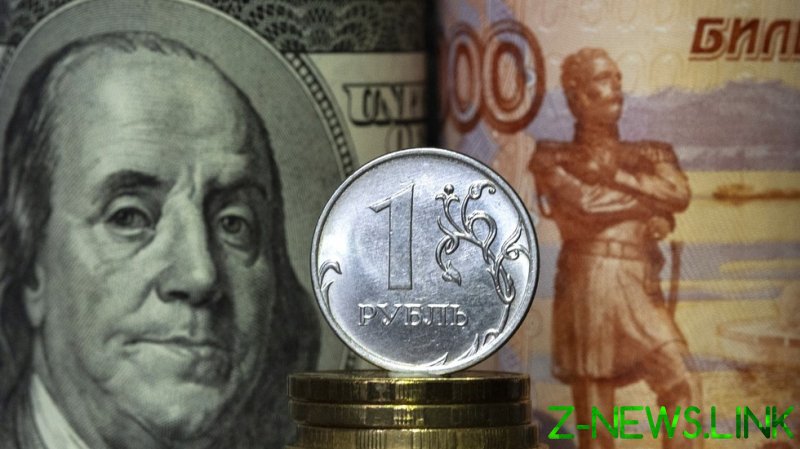 The Russian ruble reached a four-year high on the US dollar and a seven-year high against the Euro on Friday. The ruble is being propelled by capital controls, the new ruble-based gas payment scheme and looming corporate tax dues, which are pushing up domestic demand for the currency.

Reaching 57.67 rubles against the dollar at 08:13 GMT represents the ruble’s strongest position since March 2018, according to data from the Moscow Exchange. The ruble also gained nearly 5% on the euro, with the exchange rate reaching below 60 rubles per euro.

According to Bloomberg, the Russian currency has become the world’s best-performing currency this year despite its sharp drop in April sparked by unprecedented economic sanctions placed on Russia.

However, it has since strengthened due to measures introduced by Russia’s central bank and government. As part of the regulator’s capital controls, Russian citizens and residents are allowed to buy euros, US dollars or other European currencies at the official exchange rate but cannot withdraw the foreign funds until September 9. People who held US dollar and euro accounts at Russian banks before March 9 are allowed to withdraw $10,000 or its equivalent for the period up through September 9. However, Russian citizens can buy any other foreign currencies, and ruble withdrawals are not limited.

The upcoming tax payment is also pushing the ruble higher, as it traditionally requires extra conversion of foreign currency to rubles.