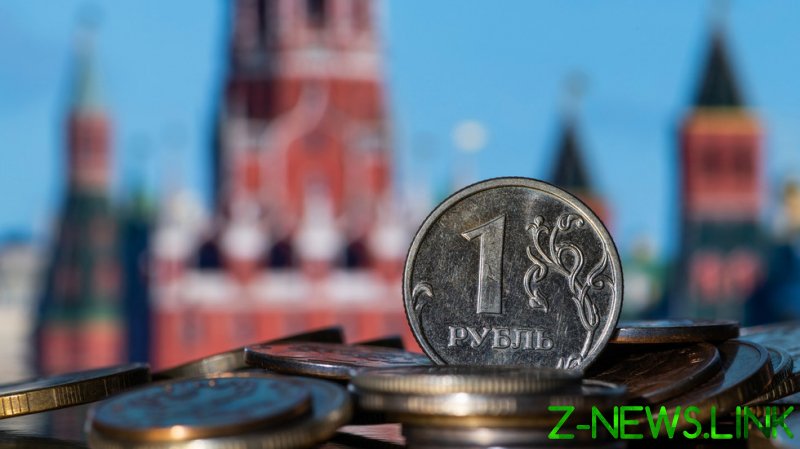 The Russian currency has risen dramatically over the past three weeks, reflecting the efficiency of the monetary policy adopted by the central bank in response to sanctions. Another major boost was last week’s government decision to demand that “unfriendly” states pay for natural gas only in rubles rather than in dollars or euros from now on.

Earlier this month, the US and its allies imposed four rounds of unprecedented sanctions against Moscow, including the freezing of the country’s central bank reserves held abroad. The resultant inability by the Bank of Russia to support the domestic currency sent the ruble plummeting to record lows.

Since Wednesday’s announcement by President Vladimir Putin of Russia’s new energy export policies, the ruble has gained over 10%, from 100 to 90 per US dollar. Overall, the Russian currency has gained over 50% since plunging to a record low of 151 on March 7.

The ruble has been effectively boosted by the measures taken by the country’s monetary regulator. Over the past month, the Bank of Russia has raised interest rates, capped the amount of dollars that residents may withdraw from foreign-currency bank accounts, and barred banks from selling foreign currencies to customers for the next six months. Additionally, Russian brokerages were instructed not to allow foreign investors sell securities, to prevent capital outflow.