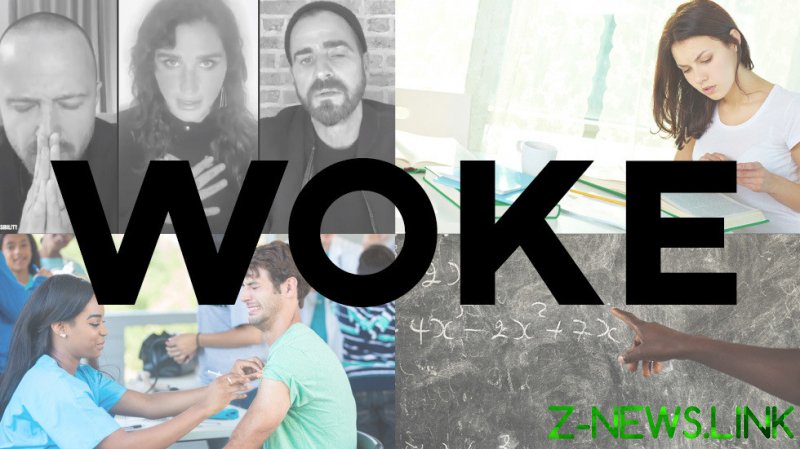 ‘Woke’ became word of the year in 2019, according to Global Language Monitor, but it was (as we had predicted) in 2020 that global wokeness reached its peak. Not in its initial, benevolent meaning of being ‘alert to social injustice’, but in the sense of logic-defying nonsense and faux virtue, a contest of who shouts the loudest and stands up the tallest on the back of racism, sexism, and a plethora of other social issues.

We have awarded 60 Wokies so far, in categories from art and entertainment to business. What follows is the absolute top 5 of 2020 across several spheres of life.

5. Cornell University, where vaccines are only mandatory for whites

A late comer to the awards ceremony, Cornell University in Ithaca, New York has managed to hit two of the biggest topics of 2020 – racism and vaccines – with its bizarre guidelines offering only “Black, Indigenous, and other People of Color (BIPOC)” the option to refuse a mandatory jab. Though it’s just a flu shot and not some hotly-debated Covid-19 vaccination problem, the woke blueprint is there.

The premise here is that non-white students, after years of discrimination that included cruel medical experiments, are less trusting of any medical treatment forced on them, and thus should be allowed to apply for exemptions. Whites, with all their inherent privilege, are not permitted to distrust the doctors. The fact that both groups are going to be jabbed with the same drug, by the same doctors, is irrelevant.

The catch 22, of course, is that this black distrust leads to a black community with fewer vaccinated people – a black community that suffers more from disease than the privileged, but choiceless, whites. Good luck to the virtuous Cornell administrators getting out of that conundrum.

Dictionary publisher Merriam-Webster went full Orwell in 2020, literally redefining ‘racism’ after a black college graduate complained the existing dictionary definition did not adequately describe her self-identification as a victim. Rather than acknowledge that a woman bullying the dictionary into changing the definition of a word is the very definition not of victimhood but of privilege, Merriam-Webster vowed to appease 22-year-old Kennedy Mitchum by substituting a broader, systemic definition of racism within its pages.

Embracing the thrill of redefining words on the sly, Merriam-Webster then surreptitiously edited its entry on ‘sexual preference’ in October amidst Supreme Court Justice Amy Coney Barrett’s confirmation hearings. The once-innocuous term was reclassed as “offensive” when used to refer to a person’s sexual orientation after Barrett dared to utter it in response to a question from Democrat Senator Mazie Hirono – even though LGBT publications like the Advocate were themselves using it quite uneventfully. Chalk up another one for the memory hole.

Imagine being so woke that you find the word ‘women’ sexist. That’s exactly what Tedx London – a volunteer organization that hosts Ted-style talks – thought when they were organizing their fall events this year. Figuring that the word ‘women’ wasn’t progressive enough, Tedx London swapped it out with ‘womxn’, in their own words to shed “light on the prejudice, discrimination, and institutional barriers womxn have faced,” and to be more inclusive of “non-cisgender women.”

The keen observer will notice that Tedx forgot to swap in the ‘x’ when referring to the trans ladies, but to the truly woke, Tedx could have gone one step further, eliminating any reference to gender entirely with the hip new term ‘folx’. Despite the fact that the word it’s based on, ‘folk’, is gender neutral to begin with, some academics felt like tacking the letter ‘x’ on regardless, “as a LGBTQ+-inclusive signifier,” or “to represent the unknown quantities.”

Next year at Tedx London: A talk on the representation of non-cisgender Latinx womxn in folx music.

2. SILVER: Ethnomathematics, for dismantling the supremacist idea that 2+2=4

If you still cling to the notion that math is about cold, neutral numbers, check your privilege. The whole ‘exact science’ thing is a Western invention that “dictates economic oppression and is used to marginalize people of color,” according to the Seattle school district plan to introduce the ethnomathematics curriculum. It was done in 2019, but discussions peaked this year, with several educators and students arguing along the lines of “the idea of 2+2 equaling 4 is cultural” and “the idea that math is objective or neutral IS A MYTH.”

If this sounds a little bit crazy to your privileged self and you are worried it may lead to a plunge in students’ academic achievement, just remember that ‘academic achievement’ is a racist trope imposed on black students, proper English is supremacist, and physics needs to be decolonized.

1. GOLD: The ‘I Take Responsibility’ video and everyone in it

A collection of imbecilic, dead-eyed actors morally preening by reading words on camera so that everyone knows they hate racism and “take responsibility” for “every not so funny joke, every unfair stereotype” is the Mona Lisa, the Hamlet, the Beethoven’s Fifth, and the Citizen Kane of virtue signaling.

This video is a pure masterpiece and the apex of the art form. It will never be equaled or topped… well, at least not until the next shameless spectacle of woke virtue signaling comes along in 2021! Virtue signaling – the gift that keeps on giving.