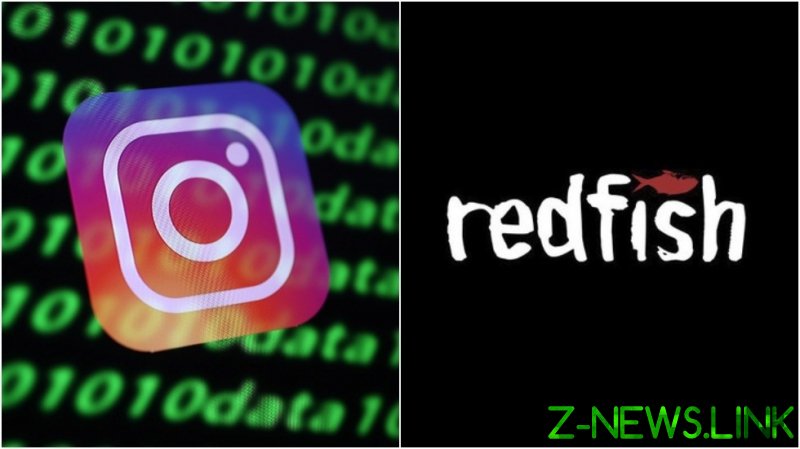 Users who have tried to access Redfish on Instagram Thursday have been met with a short notification that reads “Sorry, this page isn’t available.”

The Berlin-based project’s admins said they still maintained access to the account, which has garnered over 419,000 followers, but all of the posts on it seem to be gone.

The attempts by Redfish staff to find out the reasons for the sudden apparent sanctions from Facebook have so far been fruitless.

Facebook confirmed that the account was blocked, responding vaguely that it could’ve happened “because you’ve violated one or more of Instagram’s Community Guidelines or because of a mistake.”

The social media platform declined to expand on the nature of the possible “violations” due to what it called “security and privacy reasons.”

Redfish is also currently unable to appeal against the decision because a special form provided by Facebook for this purpose is rejecting its blocked account.

In a statement, Redfish has accused Instagram of “censorship,” describing the removal of its account as “the latest episode of suppression as part and parcel of the platform’s crackdown on media sources challenging the mainstream.”

There were “clear indicators of external suppression” by the platform “from falsely labeling Redfish as ‘Russian-controlled media’ to repressing our total growth” in recent months that made it clear that the project was under “a politically motivated clampdown,” the statement pointed out.

It was already the second time this year that Redfish has been restricted by Facebook. In April, the project’s Facebook website was deleted for claimed violations of community standards.

The move was triggered by publications marking the defeat of fascism in Italy and commemorating the victims of the Holocaust. The latter featured photos of semi-naked Auschwitz death-camp inmates and was flagged for violating rules on “nudity and sexual activity.”

Redfish’s account was restored after Russian media regulator Roskomnadzor stepped in with a warning that Facebook could face fines for violating “key principles of free distribution of information” and infringing against the rights of Russian companies online.